1949 Triumph 2000 Roadster
From the last year of production 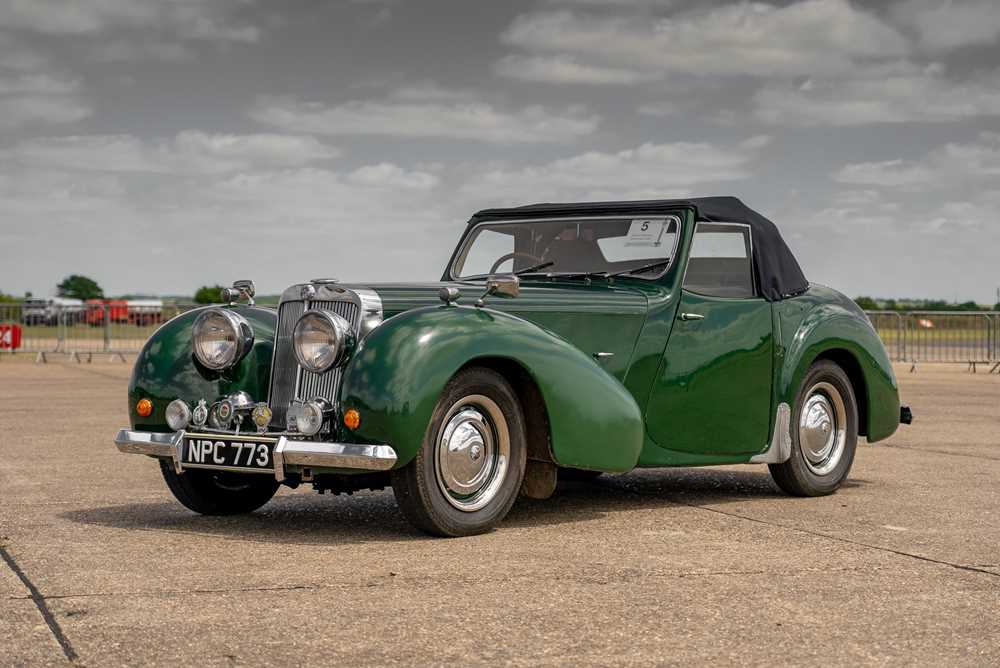 1949 Triumph 2000 Roadster
From the last year of production

Introduced in late 1948, the Triumph 2000 Roadster shared the same flamboyant styling and dickey seat as its Frank Callaby-penned predecessor, 1800 of 1946. Based around a near-identical ladder-frame chassis equipped with independent front suspension, hydraulic shock absorbers, and four-wheel drum brakes, the newcomer benefited from the adoption of a more refined hypoid-bevel rear axle. Considerably torquier than the unit it replaced, the new Standard-Triumph 2088cc OHV four-cylinder engine made for a notably more relaxed performer. Such was the Roadster's newfound in-gear flexibility that the decision was taken to provide three rather than four forward speeds. Still bodied in 'Birmabright' alloy over an ash frame, the 2000 used more panel bracing than the 1800 and thus provided a tauter drive. With a production run of only two years, just 2,000 2088cc-powered Roadsters are thought to have been made.

This 1949 Triumph Roadster, a model made famous by the TV-series Bergerac, is the later 2 litre model and has had a 4-speed gearbox from a TR2 with floor change upgrade to replace the 3-speed column change. This transforms the car and combined with a Vanguard Stage III engine upgrade gives very good performance. NPC 773 was first registered in Guildford in 1949 and stayed with its first 2 owners for 56 years. Documentation from the DVLA confirms that the car has only had 5 keepers since new, the current vendor acquiring the car in 2015.

Current mileage is showing at 73,006 and although this cannot be warranted it would seem about right for the condition of the car. During the previous owner’s custodianship, a new radiator and a Kenlow fan were fitted. According to the vendor the car runs nice and cool and maintains very good oil pressure. The brakes have also been upgraded and the car is said to stop well and straight. Having benefited from a repaint in the early 2000s the car has aged nicely and still presents well. The fawn interior is also in good condition as is the woodwork in the interior. The car comes with files documenting previous ownership from new as well as recent expenditure under the current vendor's ownership.