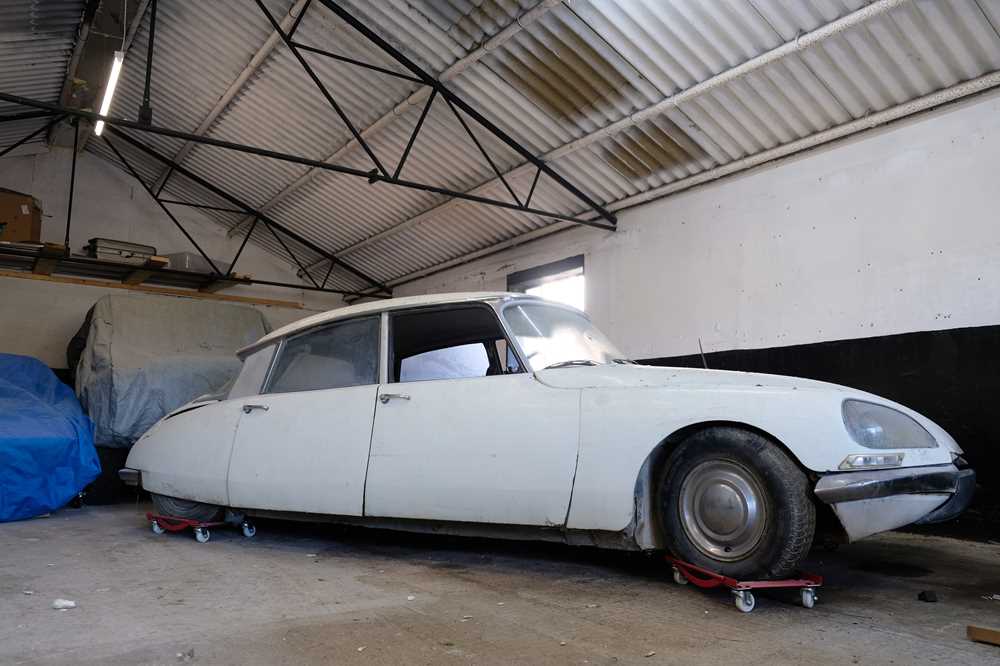 Intended as a more affordable and less complicated version of the iconic DS, the ID19 was launched in 1956 and initially lacked its sibling's hydraulically-operated clutch, gearchange and unique power steering and braking systems. However, the ID range was subsequently developed in parallel and by the 1970s, ID specifications had greatly improved, the latter being equipped with powered steering and braking and a five-speed manual gearbox. It was offered in three versions - the 1985cc D Special, D Super and 115bhp 2175cc D Super 5.

This righthand drive D Super is fitted with the aforementioned 1985cc straight-four engine and finished in the colour scheme of white with cream interior upholstery. Thought to have resided in the righthand drive market of Cyprus for much of its life, the Citroën had been in the hands of an ex-Citroën employee for approximately 10-15 years, for much of this time being kept in storage. Purchased by the vendor in c.2015, the car was imported to the UK and placed back into dry storage. Now offered in ‘barn-find’ condition, this worthwhile and rewarding project is offered without reserve.