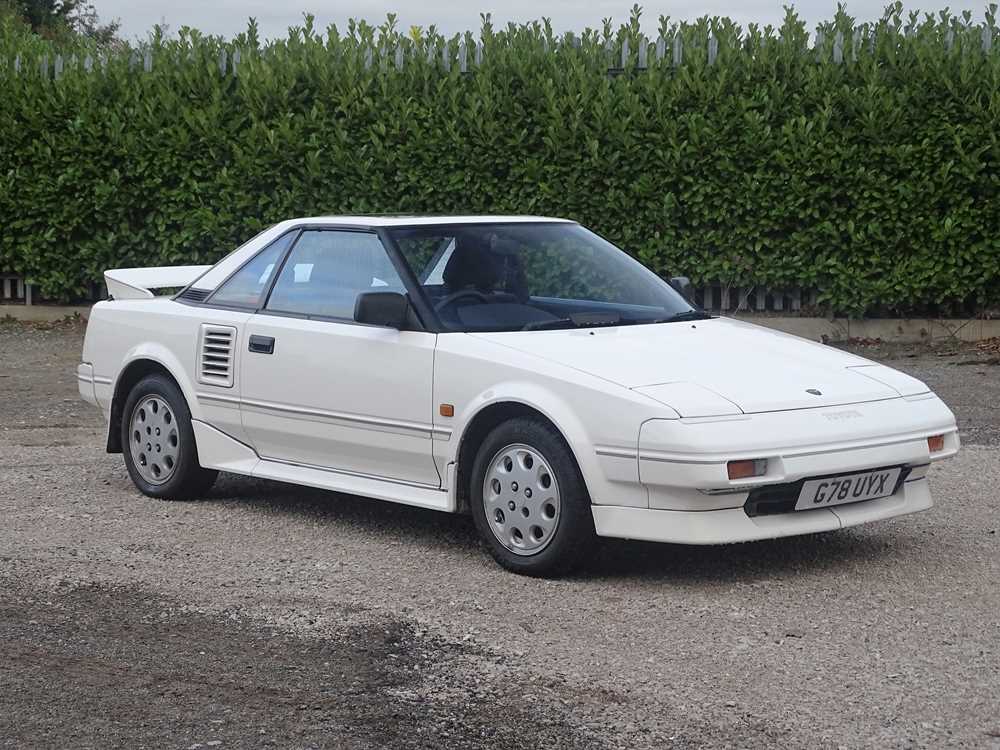 This right-hand drive Mk1 MR2 was supplied new to the UK being first registered on the 1st of February 1990. Fitted with the aforementioned 1587cc four-cylinder engine mated the five-speed manual transmission, the Toyota is finished in White with Black cloth interior upholstery. With just three former keepers, ‘G78 UYX’ has a recorded mileage of 124,655 miles (at time of consignment). Benefitting from a service in October 2021, the cambelt has also been replaced less than 1,000 miles previous.

Said to be a ‘highly original’ example retaining the original interior with Toyota cassette radio, the MR2 was accompanied by a large history file (an image of which can be viewed in the images) up until two months ago when the said paperwork was destroyed in a garage fire. Thankfully, the car was elsewhere and the vendor is happy to provide written confirmation to this effect as well as documentary evidence from a third party source that the now non-existent service book contained twenty-one stamps. Offered for sale with V5C Registration Document and MOT certificate valid until December 2022, the vendor rates this increasingly collectable MKI MR2’s engine, electrical equipment, gearbox and interior trim as ‘excellent’ and its bodywork and paintwork as ‘good’.