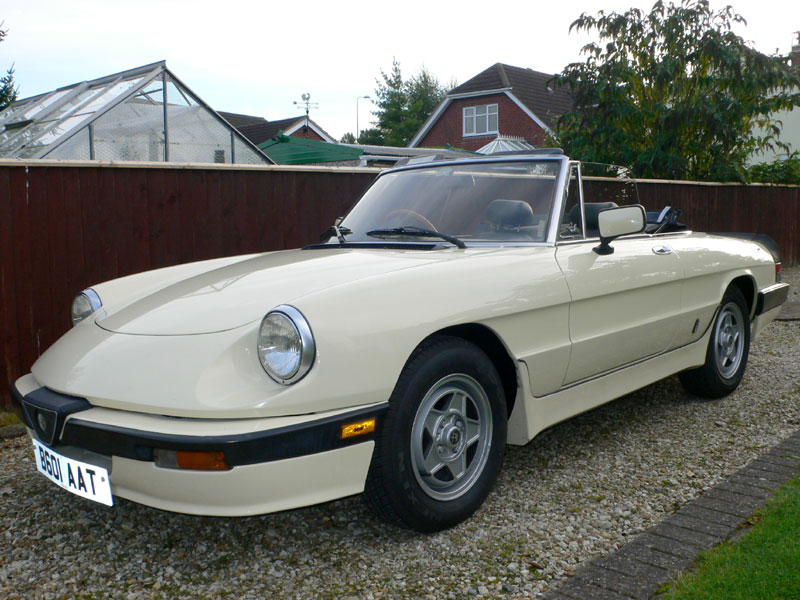 This 1984 right-hand drive Series 3 Spider is resplendent in White bodywork complemented by a Black hood, Black leather upholstery and Blue carpeting. It was recently recommissioned after a long period of dry storage, work that included a brake overhaul, full service and new MOT. The vendor now considers `B601 AAT' to have "excellent" bodywork, paintwork and engine, and "very good" interior trim and five-speed manual gearbox. The odometer currently displays an unwarranted 43,218 miles and the MOT of this smartly-presented Alfa is valid until October 2013.
Share: