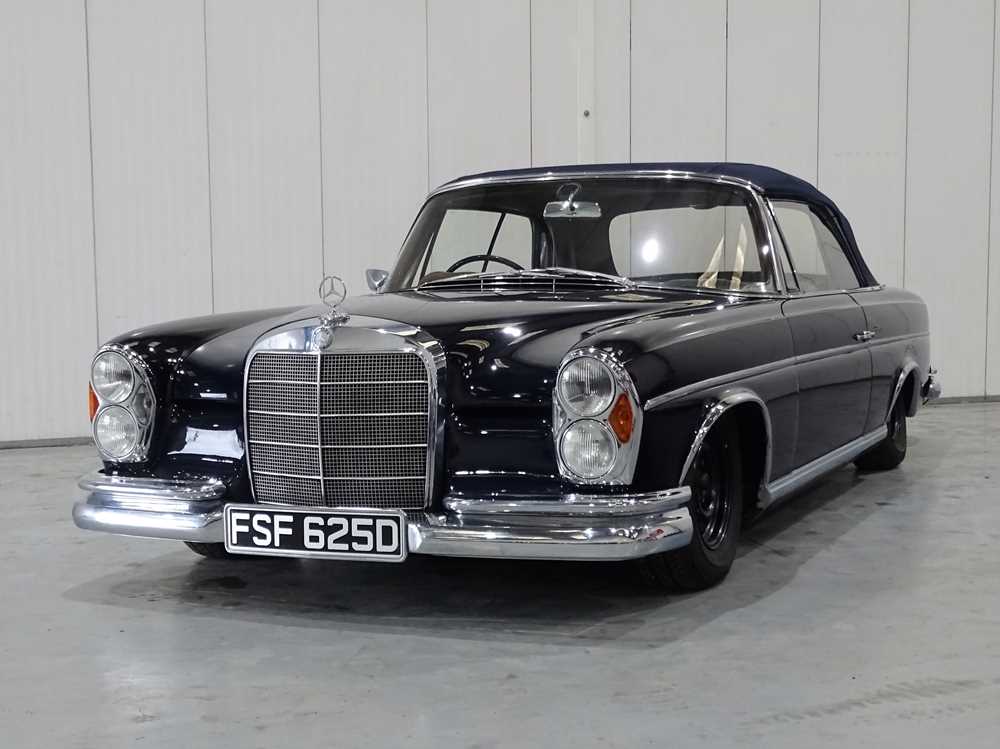 The most technologically advanced four-seater convertible that money could buy when it was launched in 1962, the Mercedes-Benz 300SE Cabriolet boasted a fuel-injected 3.0 litre straight-six engine, four-speed automatic transmission, power steering, four-wheel disc brakes and fully independent air suspension. The preserve of the rich and famous, a mere 708 were sold worldwide before production ceased in 1967.

One of just seventy-eight, UK-market, right-hand drive examples, chassis 008932 was supplied new by the Western Automobile Company of Edinburgh to J.W.M.M. Richard Esq on 11th March 1966. A former chairman of the Scottish Stock Exchange and serial racehorse owner, Mr Richard sold the Mercedes-Benz to a scion of the Douglas-Miller family (proprietors of the Scottish Capital’s famous department store Jenners) who in turn passed it to William Barber Esq. Like his predecessors, Mr Barber returned the 300SE to the Western Automobile Company for maintenance with the accompanying service book showing some thirty stamps. The odometer currently shows some 41,000 miles but the total covered from new is understood to be 64,000 following a speedometer change. Laid-up for some time, the Cabriolet was bought back by its supplying dealer and treated to an extensive bodywork restoration, air suspension overhaul and sundry re-chroming before being purchased by the vendor’s late brother. Last taxed for road use in 1995, ‘FSF 625D’ has spent the last twenty-six years in a wooden garage. The Navy Blue paintwork retains a deep lustre but has microblistered in a few places. The Grey leather upholstery appears original and is in good order, likewise the wood veneers. The air suspension is inoperative but from what we can see the car looks to be structurally sound and its overall condition a testament to Stuttgart build quality and the skills of the Western Automobile Company’s then staff. The hubcaps and wheel embellishers accompany the car as does a V5C Registration Document and the original book pack. A very worthwhile project!