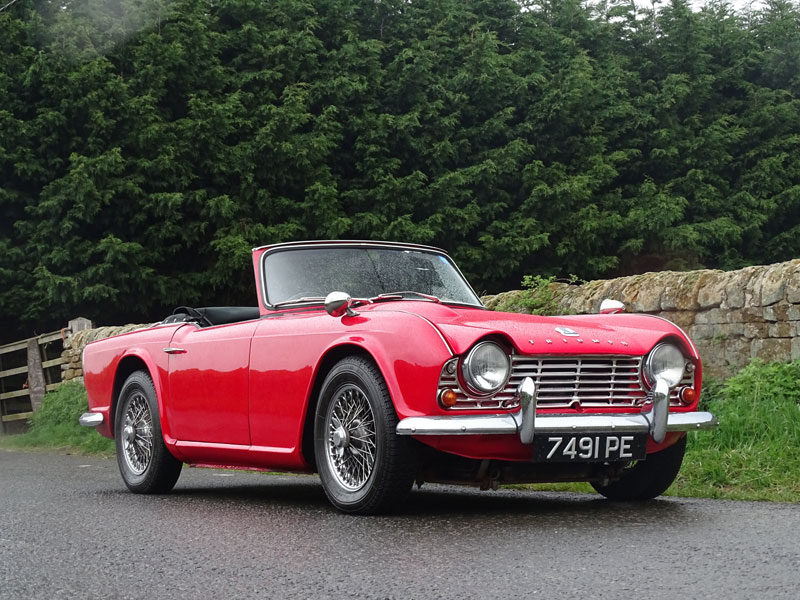 - Current ownership since 2007, always garaged and driven around 1,500 miles per annum

'7491 PE' was manufactured on January 9, 1962 and finished in a combination of Spa White and Black trim before being delivered to Lankesters of Kingston-upon-Thames. A complete body and engine restoration was carried out in 1992/1993, at which point the car was repainted its current shade of Red. The vendor acquired this apparently very tidy Triumph in March 2007, since when it has been garaged and regularly driven around 1,500 miles per annum. Any known rust was cut out and new wings fitted in 2010, while more recently the TR4 has been treated to a new alternator, distributor, battery, tyre, and an overhaul of the carburettors. In the last few weeks the overdrive has been checked and repaired and the vendor now classes the paintwork and manual transmission as 'excellent' and the bodywork and engine as 'very good'. '7491 PE' comes complete with immobiliser, boot rack, trickle charger and Heritage Certificate.
Share: