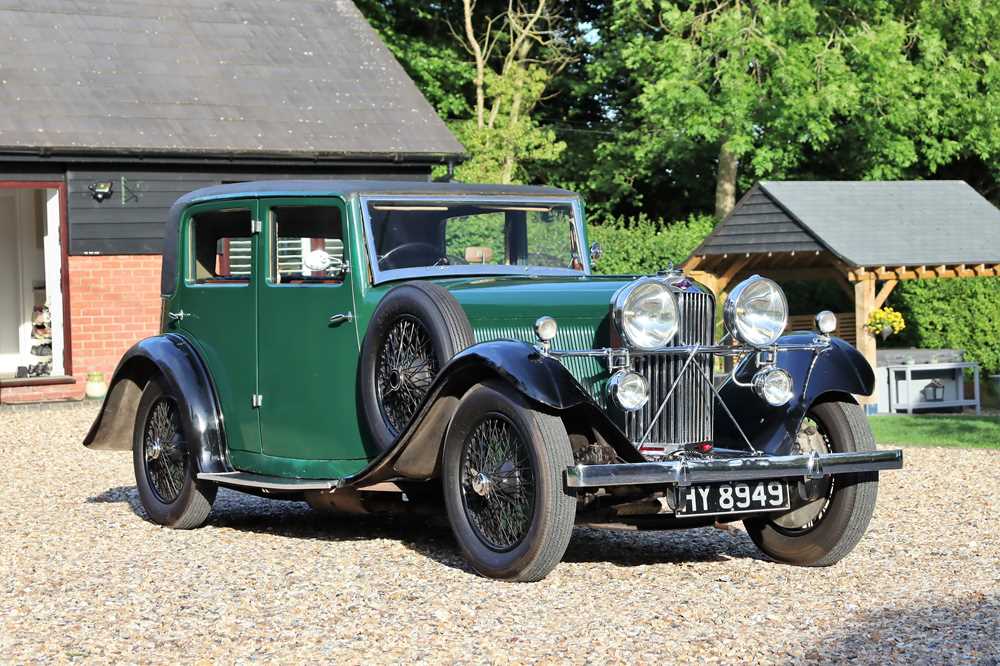 A wealthy enthusiast and sometime patron of the Hon Brian Lewis who raced various Alfa Romeos and Bugattis for him to great effect, Noel Rees was familiar with the outstanding results that Lewis had achieved driving Roesch Talbots at Le Mans, the Tourist Trophy and on the Mille Miglia etc. for fellow entrant Arthur Fox. Thus, despite his penchant for Italian exotica he took delivery of a short chassis Talbot AV105 with a Close Coupled Sports Saloon body of his own design. Making a virtue of the Talbot’s tall radiator, he specified a high belt line and comparatively short glasshouse offset by swept wings and louvres that extended from the bonnet sides through to the scuttle. The result was an undeniably handsome and purposeful machine which appeared in Talbot brochures shortly thereafter.

First registered in Bristol, ‘HY 8949’ pleasingly retains its original Noel Rees-style coachwork. Accompanying invoices date back to the 1970s and include those from marque specialists Arthur Archer and I.S. Polson but it is in more recent times that the AW75 has really been spoilt. As well as having its four-speed pre-selector transmission overhauled by Cecil Schumacher in 2016, the four-seater was entrusted to Vintage Bentley specialist VBE for a thorough overhaul of its 2.3-litre OHV straight-six engine during 2017. Other works included a refurbished / uprated dynostart, rewiring, brake overhaul (skimmed drums, new linings) and attention to the fuel and coolant systems. The associated bills are understood to total some £50,000. Acquired by the vendor – arguably the arch Roesch Talbot advocate – during May 2020, ‘HY 8949’ has been further fettled via Gareth Burnett of Pace Historics. Predominantly enjoyed for local trips and commuting to the golf course, it is only being offered for sale to make way for a Talbot 105 Vanden Plas Ulster Saloon. As mechanically healthy as one would expect, the AW75 has various exterior flaws. Though, the interior remains smart following an older retrim.