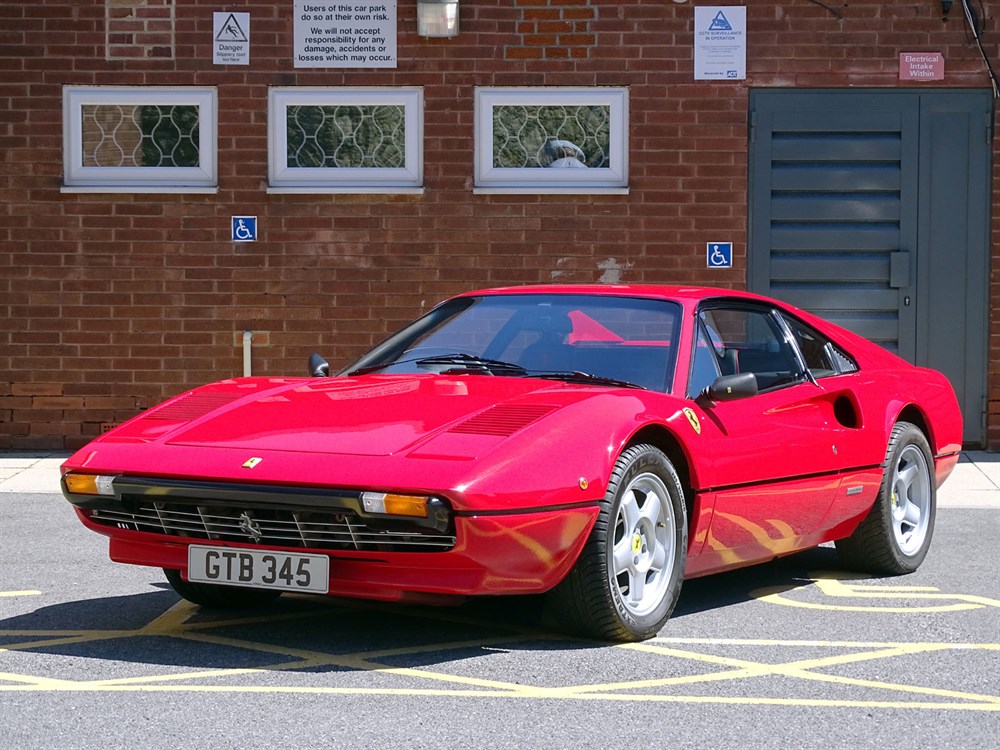 - Offered with original book pack with handbooks and service book

The enticingly registered 'GTB 345' was supplied new by H R Owen Ltd of London in 1981 and is one of just 42 righthand drive examples of the model. It has evidently covered 69,600 miles to date, during which time it has benefited from an engine overhaul at 58,122 miles and a new clutch at 63,935 miles. It has also been treated to a retrimmed interior and the fitment of a stainless steel exhaust system and set of five-spoke alloy wheels (the originals are included within the sale). This very smartly presented Prancing Horse is now offered complete with: its owners' wallet containing the operating manuals and service book; a DVLA ownership trail; and a large collection of invoices, tax discs and old MOT certificates. The car is finished in the classic combination of Rosso Red bodywork and Black leather interior trim, and is currently viewed by the vendor as having 'very good' bodywork, paintwork, upholstery, V8 engine and five-speed manual transmission.

Ferrari considered mid-engined technology when replacing the 275 GTB, but was concerned how customers might cope with the related handling of so large and powerful a car. The ensuing Dino therefore represented their first foray into the mid-engined road car market, a line then successfully followed with the 308, 328 and 348 etc. The 308 GTB was therefore Ferrari's replacement for the venerable 246 GT, and made its debut at the 1975 Paris Salon. Its shapely contours were the work of Pininfarina's Leonardo Fioravanti, who had already penned such eternal classics as the Daytona, Dino and Berlinetta Boxer. In 1980, the carburetted engine was replaced by a Bosch fuel-injected version in the name of reduced emissions. The 308 was replaced by the 328 in 1985 and, immortalised by the TV series Magnum PI, the model has matured into a collectors' favourite.