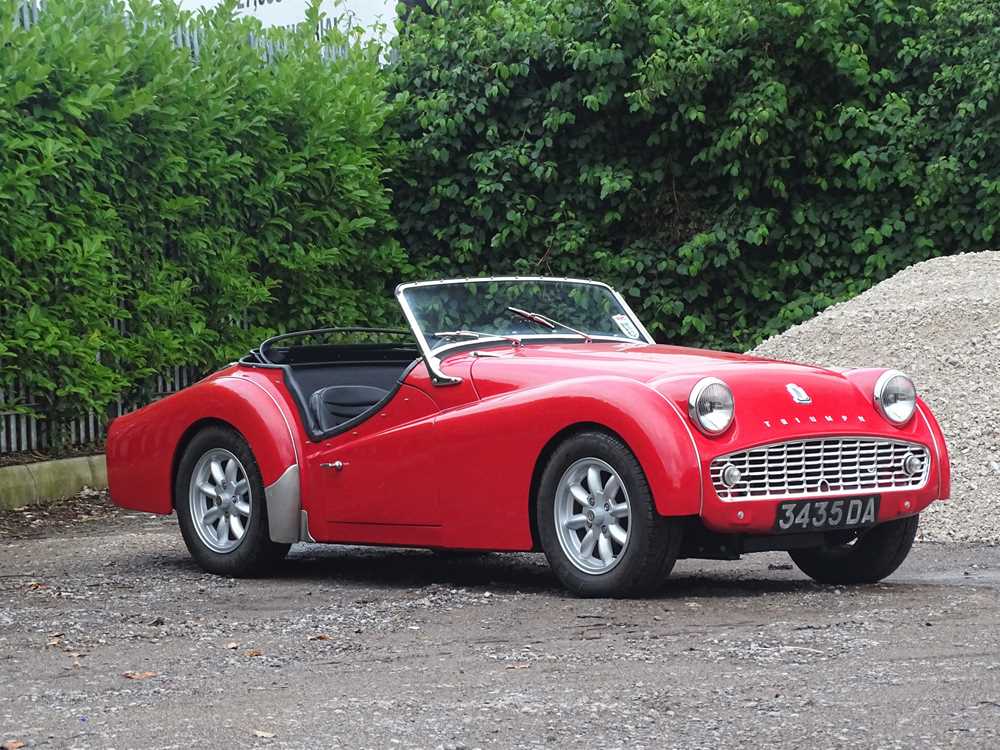 Finished in Red with Black upholstery and a Black hood, this very smart TR3A has been in the current family ownership since c.1975 and is believed to have covered 99,200 miles from new. Subject to an extensive restoration which was completed in 2009, the accompanying paperwork indicates that all areas were addressed including the engine, gearbox, axle, body tub, panels, suspension, brakes, interior and weather equipment not to mention the fitment of Minilite-style alloy wheels. Offered with pre- and post-restoration photographs, collection of club magazines, original owner’s manual, old MOT’s back to 1991 at 98,346 and a large collection of invoices and job sheets. A reluctant sale of a much-loved example.