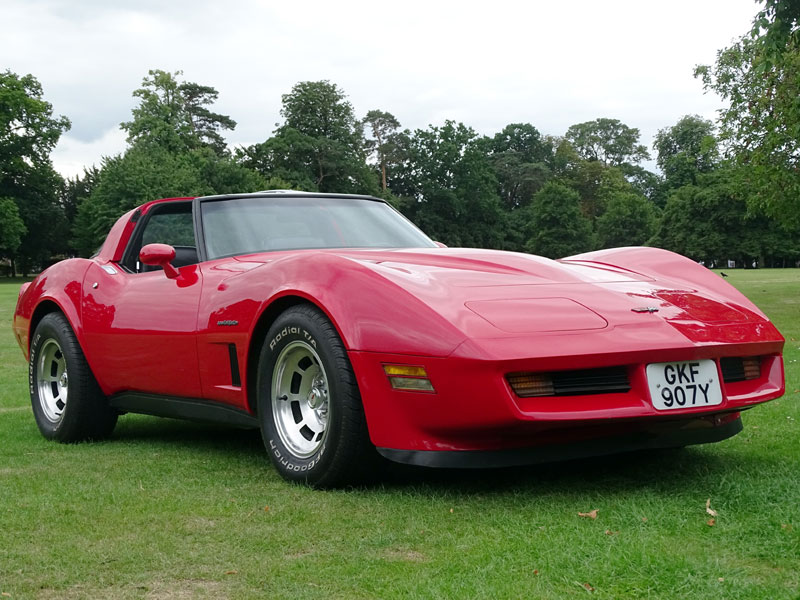 The third generation Corvette (C3) came to market in 1968 and was continually developed until the all new C4 model of 1984. While the engine and chassis components were mostly carried over from the C2, the interior and most striking of bodies were all new. The exterior design was a development of that penned by Larry Shinoda under the guidance of Bill Mitchell for the Mako Shark II concept car. Finished in Red with a Black interior its understood 'GKF907Y' was imported from the US in 1989 and attributed to the current registered keeper in 1998. Displaying a credible 31,579 miles this later Cross Fire injection example has just been subject to a new battery, brake overhaul plus oil and filter change after spending a long term period in dry storage. Offered with V5 and a collection of old MOT certificates the vendor currently grades the bodywork, paintwork, engine and gearbox as 'Very Good' and the interior trim as 'Good'. This smart looking Vette is offered with a fresh MOT certificate.
Share: