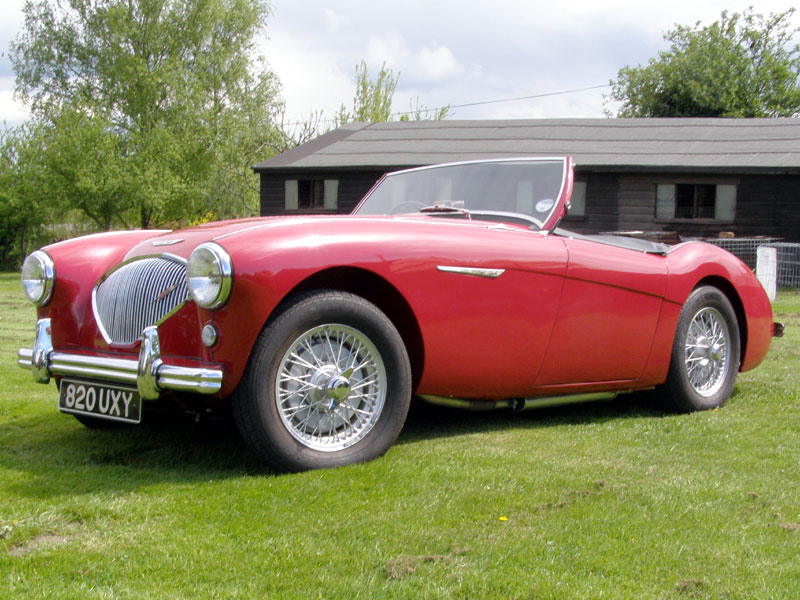 Is there a purer sports car image than an early Austin-Healey, barking gruffly through the countryside with its windscreen folded flat? Donald Healey's stylish 100 was a sensation when it appeared at the 1952 London Motor Show. Styled by Gerry Coker and intended as a low-cost high-performance sports car aimed at the US market, it used major componentry from the Austin Atlantic saloon. But in the lithe and lightweight new Healey, the low-revving and torquey 90bhp 2660cc OHV four-cylinder engine produced a genuine 100mph-plus car. Austin boss Leonard Lord was captivated and immediately adopted the new sports car, which was sold from 1953 as the Austin-Healey 100. Early cars like this remain the purest and most collectible among Healey fanciers, and this a genuine BN1 two-seater, still with its original three-speed plus overdrive gearbox - actually four-speed with the redundant first ratio blanked off - of the original type made only for two years, 1953 and 1954.

This particular example - now UK road registered as '820 UXY' - was originally built as a left-hand drive car on May 19th 1954 and exported to North America. An accompanying Heritage Certificate dated January 1997 confirms that it was initially Spruce Green with green interior and left the production line carrying such optional extras as a heater and laminated windscreen. Since entering the current ownership, the 100 has been extensively restored and converted to right-hand drive. The vendor did much of the work himself albeit that the car's chassis and body were refurbished by Big Healey of Eakring, while its engine and gearbox were entrusted to a Nottinghamshire specialist. Finished in Reno Red with red-piped black leather upholstery, the two-seater is variously described by the seller as being in "good" (bodywork, paintwork), "overhauled" (engine, gearbox) or "as new" (interior trim, electrical equipment) condition. Riding on wire wheels and sporting a louvered, 100M-style bonnet, this appealing BN1 is offered for sale with "bills totalling over £34,000" - which makes it seem decidedly good value.

PLEASE NOTE: We have been informed by the vendor that this vehicle is fitted with high compression pistons and a fast road cam and has been converted to run on unleaded fuel.