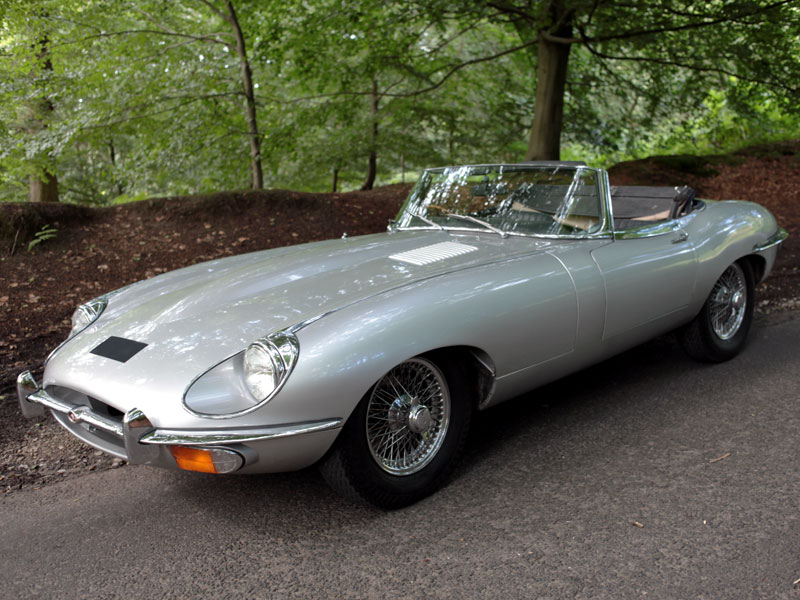 Finished in Silver with Dark Blue leather upholstery, this particular example - chassis number IR1776 - occupies a unique place in Jaguar history as the last right-hand drive E-type 4.2 Roadster ever made. It has apparently remained in the vendor's care for the last 32 years, during which time it has been treated to: an engine overhaul, bare metal respray, interior retrim and a new bonnet, yet only covered around 10,000 miles - the odometer currently displays an unwarranted 91,500 from new. Registered with the Jaguar club, this matching numbers E-Type is said to have been garaged every night and is currently viewed by its long-standing owner as having "good" six-cylinder engine and bodywork (though he admits there are "some defects to the latter"), and displaying "some wear" to the interior and "some blemishes" to the paintwork. He also describes the four-speed manual gearbox as "all working". Interest in the immortal E-type was unquestionably heightened by last year's 50th Anniversary celebrations and shows no sign of abating. This historically significant Cat now seeks a new home and comes complete with an MOT valid to July 2013, and tax to the end of August 2013.
Share: