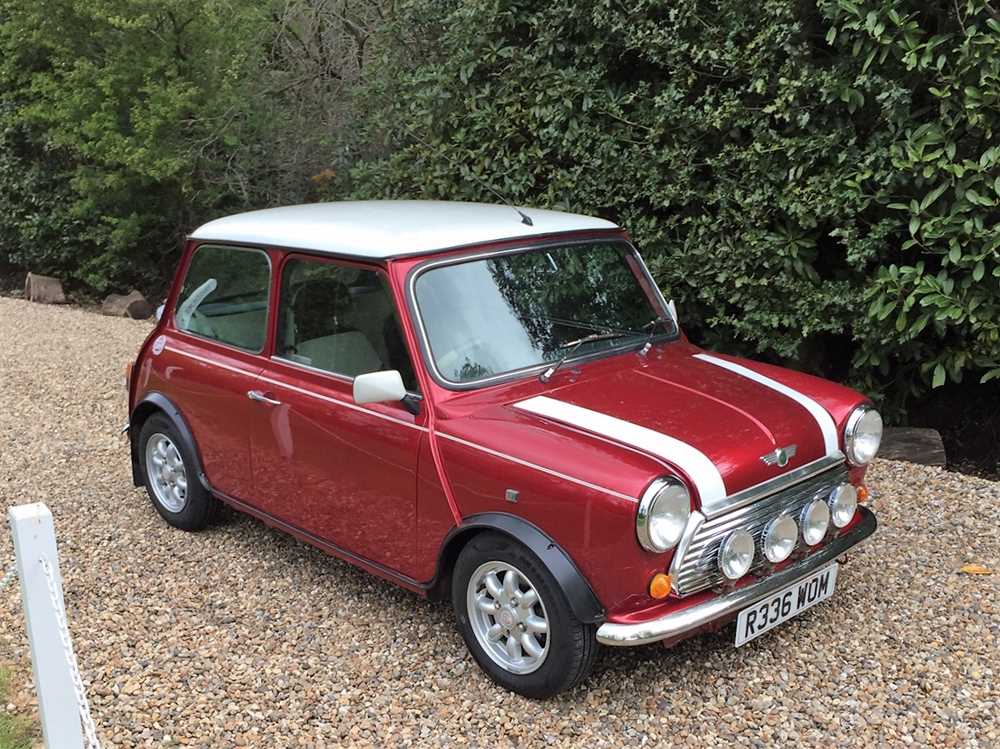 This 1998 example is finished in Nightfire Red metallic with beige / black interior and has covered just 48,750 miles. In the previous ownership for some twelve years, when owned by a mother and then her son, it was acquired by the vendor in 2018 with some 46,000 miles recorded. During the current ownership, maintenance and repair has included replacement of the tyres, dash, exhaust, and catalytic converter. Retaining the original radio cassette, R336 WOM is offered with Swansea V5, current MoT to 28th April 2022, its original book pack, two keys and a fitted cover. Offered at no reserve it is described as being in 'excellent' condition as regards it bodywork, paintwork, interior, engine, and transmission.

The Mini’s association with the Cooper Car Company of F1 fame was formed in 1961, and for the following decade or so all performance versions of the little car bore the Cooper badge until the relationship was shelved in the early 1970s. However, the Cooper name was to reappear under Rover’s control almost twenty years later. With the demise of the ‘old’ Mini model survivors have become increasingly sought after and the best low mileage cars especially so.