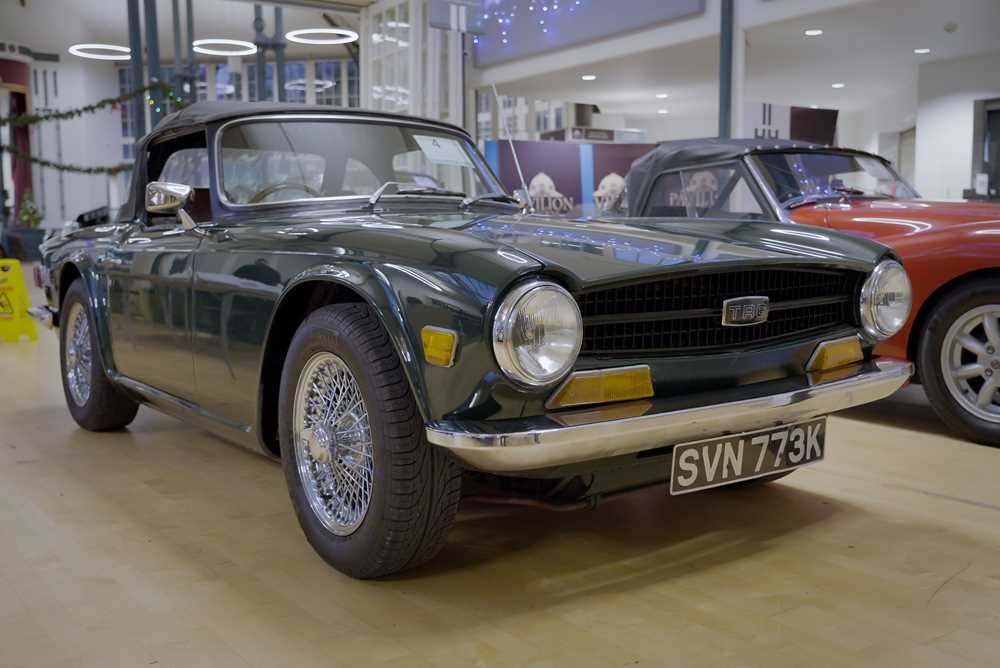 Manufactured in 1971, this TR6 is understood to have been exported when new to a left-hand-drive market. Fitted with the aforementioned 2.5-litre straight-six engine fed by twin-carburettors and mated to the four-speed manual transmission, the Triumph was repatriated in approximately 1990. Provided with a comprehensive restoration shortly after its return to the United Kingdom, this included a full respray in Green, as presented today. Residing in current ownership since 2009, the Triumph has been fitted with wire wheels shod with Pirelli P6000 tyres all-round as well as an attractive, aftermarket wood-rimmed steering wheel. With a recorded mileage of 94,832 miles (at time of consignment), ‘SVN 773K’ is offered with a current V5C document.