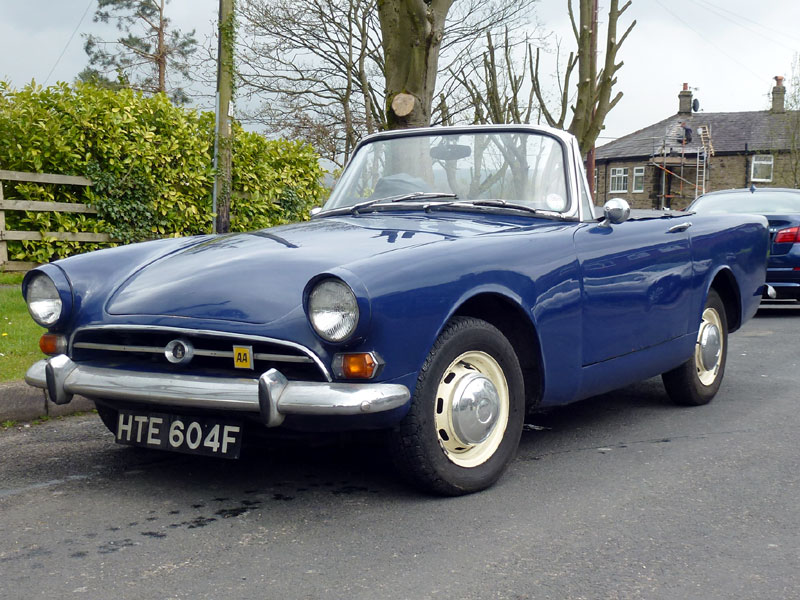 Introduced in 1959, the Ken Howes/Jeff Crompton-penned Alpine was developed through five Series over its 10 year reign, during which 69,251 examples were made. With Howes having previously worked at Ford and the newcomer primarily aimed at the American market, its passing resemblance to the Thunderbird was perhaps unsurprising. The final iteration saw the light of day in 1965 and featured a new five-bearing 1725cc engine fed by twin Zenith-Stromberg semi-downdraught carburettors. The output had now grown to 93bhp.

This right-hand drive Alpine is a Series V GT model from 1968; the last year of production. It has Blue paintwork and a Black interior and has been in the care of the same lady owner for the last 40 years, who used it regularly up until 1987. Since then it has been garage stored between occasional summer outings. Part restoration was commenced in 1992, but there is further work required - in particular to the doors, brakes and front footwells. The GTs were not equipped with a hood, but 'HTE 604F' comes with a tonneau, and the original hardtop will be made available to the successful purchaser. These days running on SU carburettors rather than the original Strombergs, the Sunbeam comes complete with original handbook and green logbook.
Share this page: