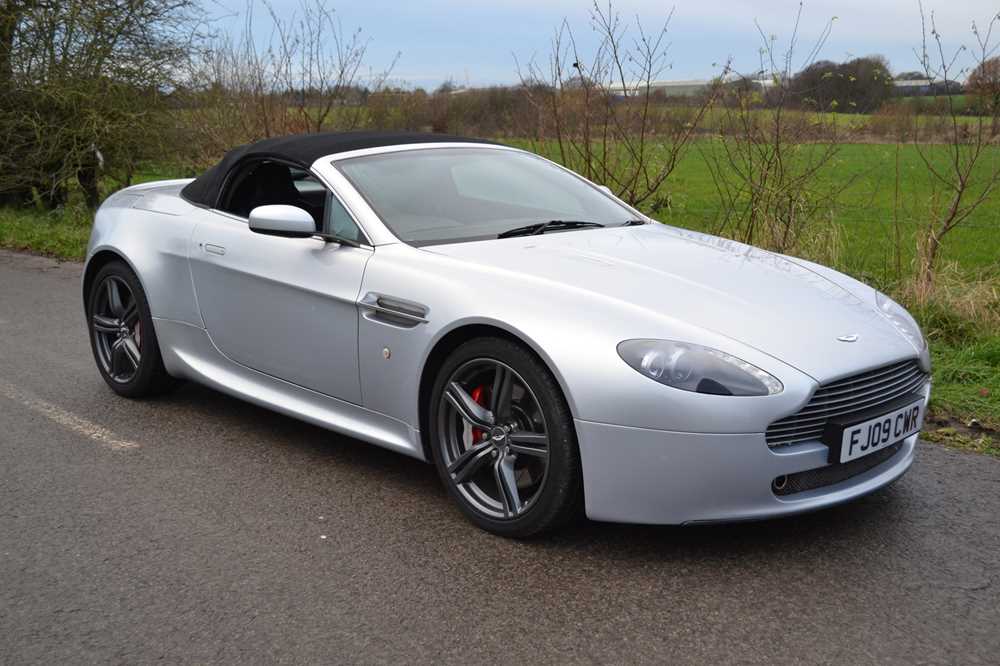 The N400 was a special edition of the V8 Vantage produced to celebrate Aston Martin’s efforts in the Nurburgring 24Hr race, where Aston Martin had entered N24 race cars in the SP8 class for the previous two years. Based on the Vantage, it cost an extra £11,000 from a standard Vantage and was available as coupe or roadster, with only 240 of each planned for production. The unique model was provided with a power and torque upgrade (yielding an extra 20bhp produced 200rpm higher and 12lbft extra torque), and the Sports Pack (which was then unreleased) for the Vantage (including new spring, shock ratings, and lightweight wheels) and some cosmetic tweaks. The N400 visual addenda was the Nurburgring circuit map stitched into the armrest, clear rear light lenses, forged 19-inch five-arm twin-spoke alloy wheels, and micro-spin alloy veneer interior.

While 240 units of the Roadster were originally planned, Aston Martin Heritage Trust registrar Tim Cottingham has stated that the number actually built is believed to be just 195, making this one of the final examples assembled. This example was manufactured in 2009 and is finished in Lightning Silver (one of only three colours exclusive to the model, the other two being Bergwerk Black and Karussel Orange), and Black leather interior. First UK registered in March 2009, the Vantage is fitted with the 4.3-litre V8 and six-speed Sportshift gearbox.

Supplied new by Stratstone Aston Martin in Derby, the N400 has only two former keepers from new and has covered 82,750 miles with only circa 2,000 miles in the past two years. Benefitting from being provided with a service and new front and rear brake discs and pads in 2020 less than 500 miles ago, costing circa £2,000 with Aston Martin Specialists, and the Vantage is additionally provided with an MOT until September 2021. Accompanied by the original Aston Martin leather-bound combined owner’s handbook and service book, which presents 12 stamps the majority of which being from Aston Martin and Specialist. One of only approximately 200 limited-edition N400 Roadsters built, this is an opportunity to purchase a scarce and interesting modern classic.