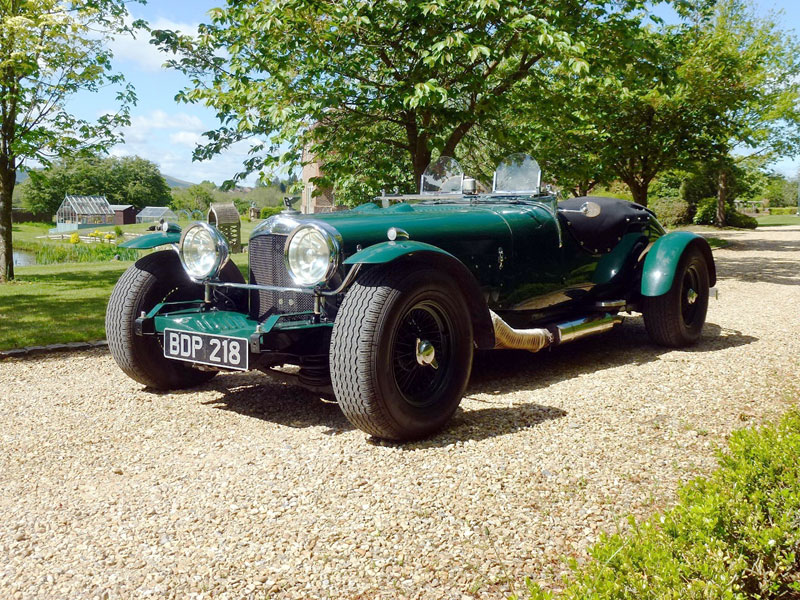 - A potent and stylish example with much history

Almost as old as the model itself (which celebrates its sixty ninth anniversary this year), the tradition of building Bentley MKVI-based Specials is a long and proud one. However, very few of the resultant cars can claim to match the specification and performance of 'BDP 218'. Shortened by six inches and carrying a cruciform brace that has been "re-fabricated level with the side rails", its low-slung ladder frame chassis features independent front suspension, a leaf-sprung Salisbury 4HA rear axle, power-assisted rack and pinion steering and four-wheel servo-assisted disc brakes. Further benefiting from negative earth wiring, an alternator and electronic ignition, the rakish two-seater is powered by an early Bentley T-series / Rolls-Royce Silver Shadow type 6230cc OHV V8 engine coupled to three-speed GM automatic transmission. Said to have recorded "250bhp at the back wheels" while being set-up by Sigma Engineering of Dorset in circa 2000, the Bentley employs a relaxed 3.77:1 final drive ratio.

Finished in British Racing Green with matching leather upholstery, this invigorating Bentley Special was purchased by the vendor in April 2007 since when it has been entrusted to respected specialists Royce Service & Engineering of Betchworth, Surrey who carried out a number of works for him in 2011 totalling over £9,000 for which invoices are on file. Choosing to date the car with reference to its Syd Lawrence bodywork (deemed to be the newest major component) rather than the 1950 donor chassis or running gear, the DVLA settled on 1974 as the year of manufacture when 'BDP 218' was re-registered in 1999. Reportedly a hoot to drive on the open road (and yet manageable around town thanks to its automatic gearbox and power-assisted steering), this scintillating Bentley is offered for sale with a good history file containing invoices, assorted old MoTs, magazine articles, correspondence and photographs. Accompanied by a Swansea V5 document, it is expected to possess a fresh MoT by the time of sale.
Share: