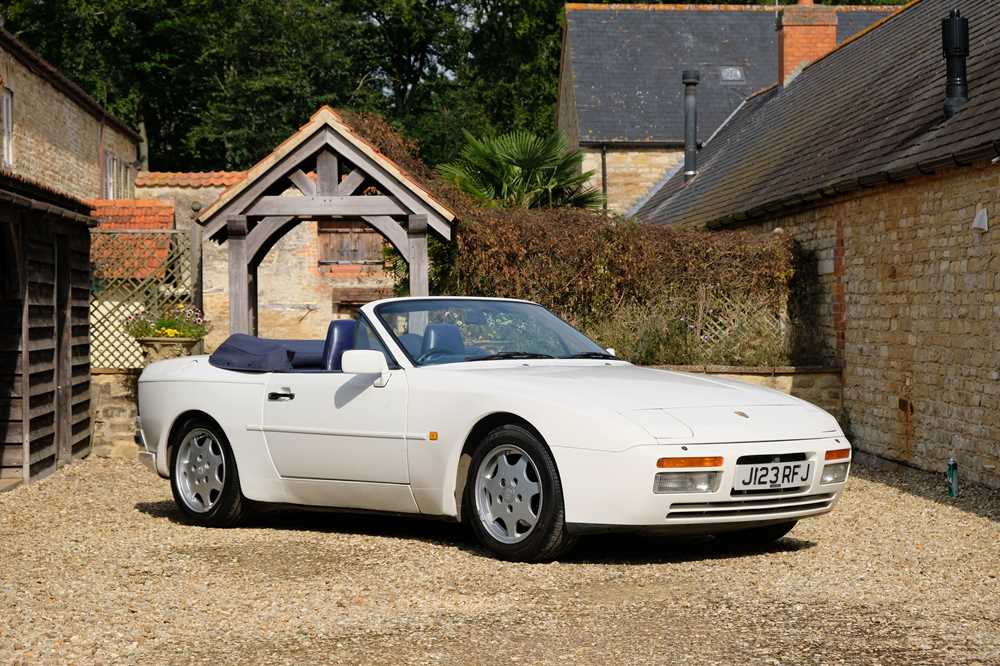 Presented in Alpine White with contrasting blue leather interior and hood, J123 RFJ has been in current family ownership for the last 25 years. Currently displaying just 92,922 miles, this particular example also benefits from just 4 former keepers displayed on the V5 document; one of which being the owner’s late husband. A desirable manual example, J123 RFJ has recently benefited from a service including a replacement fuel pump and comes accompanied with the original bookpack including the service book which shows services every year bar one from 1992 until 2006 at 89,873 miles. The car was then stored shortly after until June of 2021 when it received another service at 92,898 miles. As well as this, a number of previous invoices, MOTs dating back to 1996, and more. The vendor rates the condition of the bodywork, engine, electrical equipment, paintwork, transmission and interior trim all as ‘Very Good’.