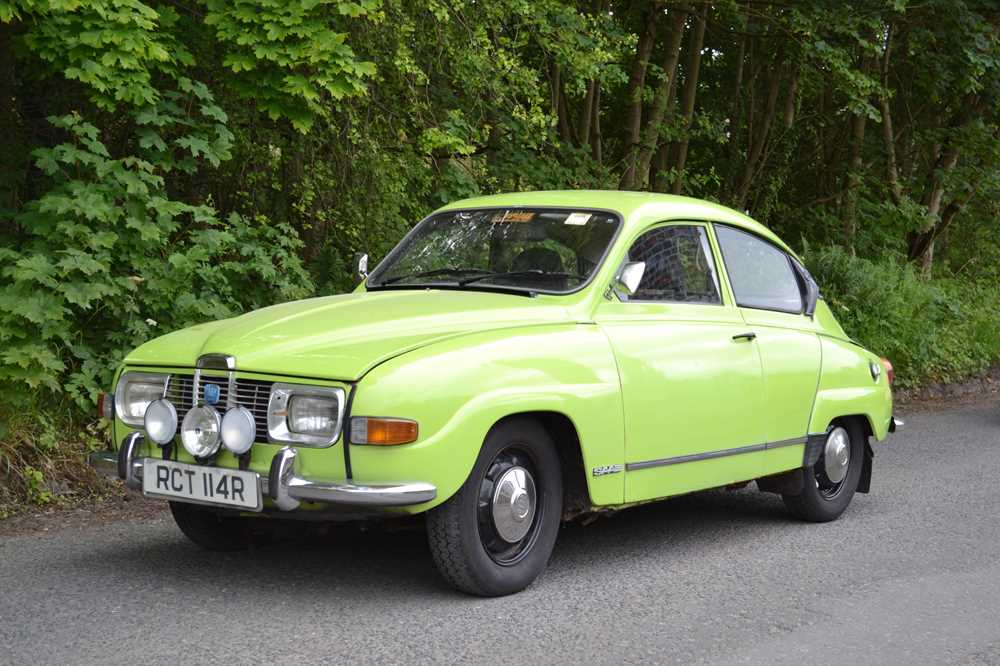 This Saab 96 was manufactured in 1977 and first UK registered in April 1977and is fitted with the 1498cc V4 engine mated to the column-change manual gearbox. Finished in the striking colour combination of Opalgrun paintwork with a Black interior upholstery. ‘RCT 114R’ has a recorded mileage of 87,680 miles (at time of consignment) which is believed, but not warranted, to be genuine. In current registered ownership since 2015, the previous custodian had the Saab from 2008. Accompanied by a current V5C. Scarcely offered and offered without reserve.