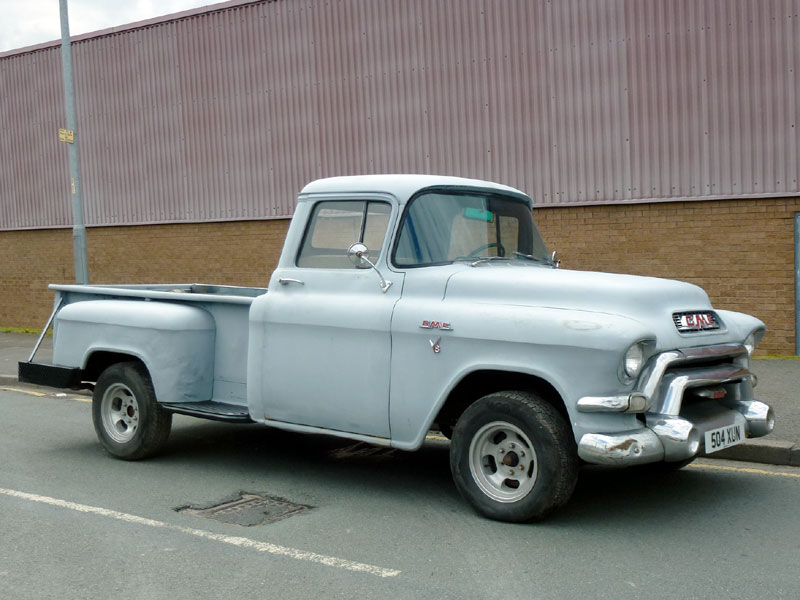 GMC is one of America's oldest vehicle manufacturers and was formed by Max Grabowsky in 1901. These days, in domestic terms, it is the second-largest-selling division of the giant General Motors corporation, behind Chevrolet. The company is best known for its trucks and Grabowsky sold his first example in 1902. In 1916 one traversed the continent from Seattle to New York in 30 days and 10 years later a two ton version was driven from New York to San Francisco in just 5 days and 30 minutes. During WWII the company manufactured 600,000 trucks for the American armed forces. Its 1956 truck range featured the option of V8 engines for the first time alongside the proven six-cylinder ones, and the light and medium weight vehicles were powered by Pontiac built units.

The left-hand drive GMC 100 Pickup being offered is one of these early V8 models, and powered by a 5.3-litre Pontiac unit mated to a manual gearbox. It is currently finished in Grey primer and the vendor is the first to admit it now "needs painting". He also accepts that the interior trim is "poor", but notes that the transmission is "good". We understand that '504 XUN' will have a fresh MOT by the time of the sale.
Share: