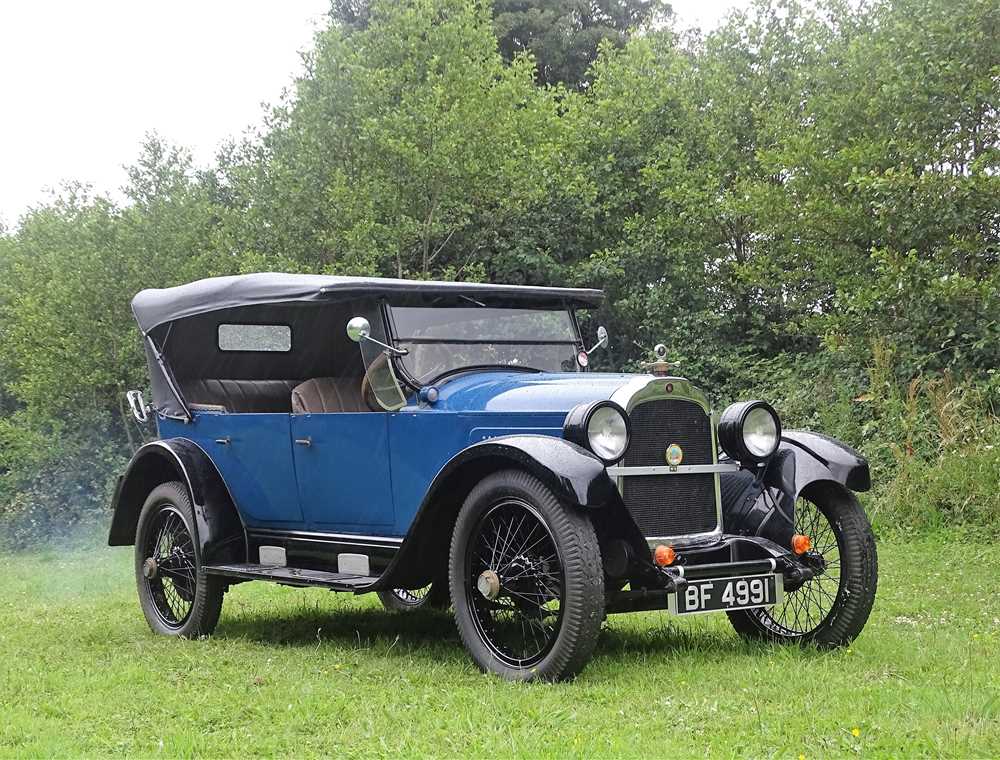 One of five Irish brothers to join the Catholic priesthood, The Most Revered William Barry DD (later Archbishop of Hobart) was remembered in his obituary as a powerful and patriotic orator who left behind a litany of good deeds and helped found numerous schools and churches across Tasmania. Renowned for his bravery during the Spanish Flu pandemic, he is understood to have used this Willys Knight Model 64 to help fulfil his missionary duties and to have had a special carrying case affixed to its nearside running board. Entering the current ownership via a Charterhouse auction on 14th June 2015 for £16,800, the associated catalogue description stated: ‘BF 4991 appears to have remained in the same family ownership for nearly 90 years’. The Tourer’s 3 litre, four-cylinder sleeve valve engine starts readily and runs very smoothly which lends credence to it having been thoroughly overhauled at some stage. Indeed, the whole car has self-evidently undergone a degree of past restoration work. The carpet is threadbare under the pedals but otherwise the interior is presentable with the sidescreens being housed in a case behind the front seats. Foxton flashing indicators were fitted many years ago with the orange lenses being renewed more recently. Although, not all of these were present when we photographed ‘BF 4991’ they have now been put back in situ. A well-proportioned, four-door design, the Model 64 sits on a 118-inch wheelbase not dissimilar to that employed by Bentley’s 3 Litre Speed Model (117.5-inch). A rugged, well-travelled machine with an interesting back story.