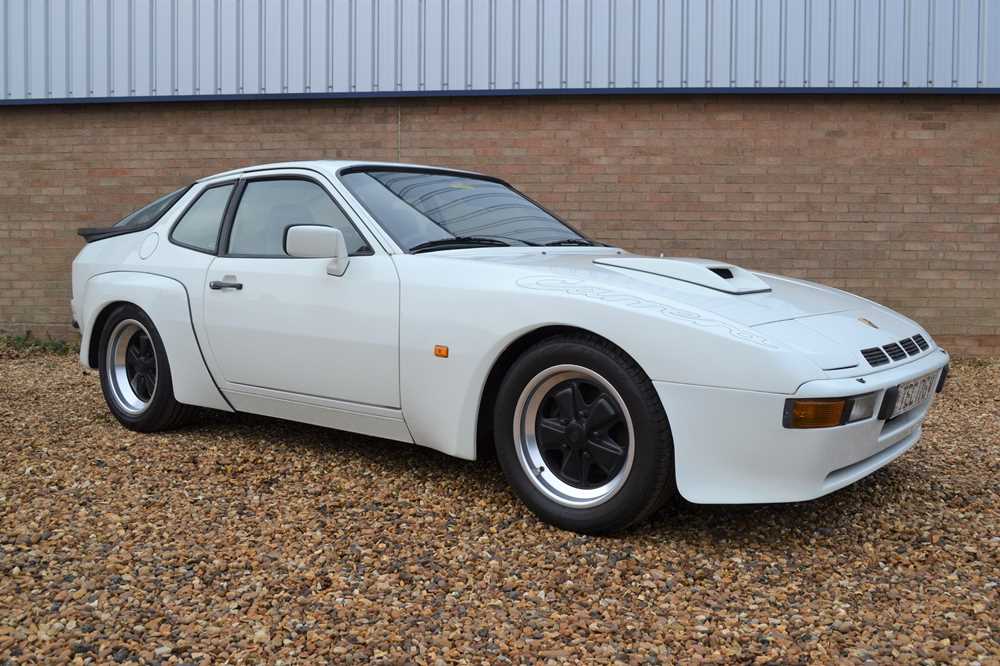 Launched in 1976, the Porsche 924 received a rather lukewarm welcome from the motoring press. Known to have begun life as an Audi / VAG project, the front-engined, water-cooled newcomer was criticised for not being a 'proper' Porsche (much like the 912 and 914 before it). Although few could fault its balanced handling, many considered the coupe to be under-powered. No stranger to forced induction, the Stuttgart manufacturer responded by harnessing the exhaust gases from the 924's 1984cc four-cylinder engine. Introduced in 1978, the resultant 924 Turbo developed a quoted 170bhp and 181lbft of torque (177bhp and 184lbft from 1980). Reputedly capable of 144mph and 0-60mph in 6.9 seconds, its performance was on a par with that of the contemporary Ferrari 308. Suitably upgraded with stiffer suspension (coil-sprung front / torsion-bar rear), four-wheel disc brakes, and stronger five-speed transmission, the new model married power with precision. The 924 Turbo remained in production for five years by which time some 12,385 are thought to have been made. The Porsche 924 Carrera GT was introduced at the September 1979 Frankfurt Motor Show and was built as a limited run of 406 homologation specials (331 LHD, 75 RHD).

This 924 Turbo was first UK registered in March 1980 before converted into a Carrera GT evocation in the late 1990s using genuine factory approved parts including authentic Fuch lightweight alloys. Attractively presented in White with Brown Velour interior, the Turbo model already shared the five-speed dog-leg gearbox and disc brakes with the Carrera GT. The suspension is provided by Bilstein adjustable rear shocks with McPherson front struts and the Porsche is featuring sports seats and drop out sunroof. Having covered only 94,700 miles from new, the Carrera GT evocation benefits from receiving a service in 2020 at 94,167 miles and having been serviced in 2019 at 92,310 miles. Fitted with track-rod ends and CV joints in 2018, ‘TEC 176V’ is also offered with a stamped maintenance record and some additional service invoices since, drivers manual, service guide, and a collection of past MOT and invoices. Further accompanied by two sets of keys and V5C.