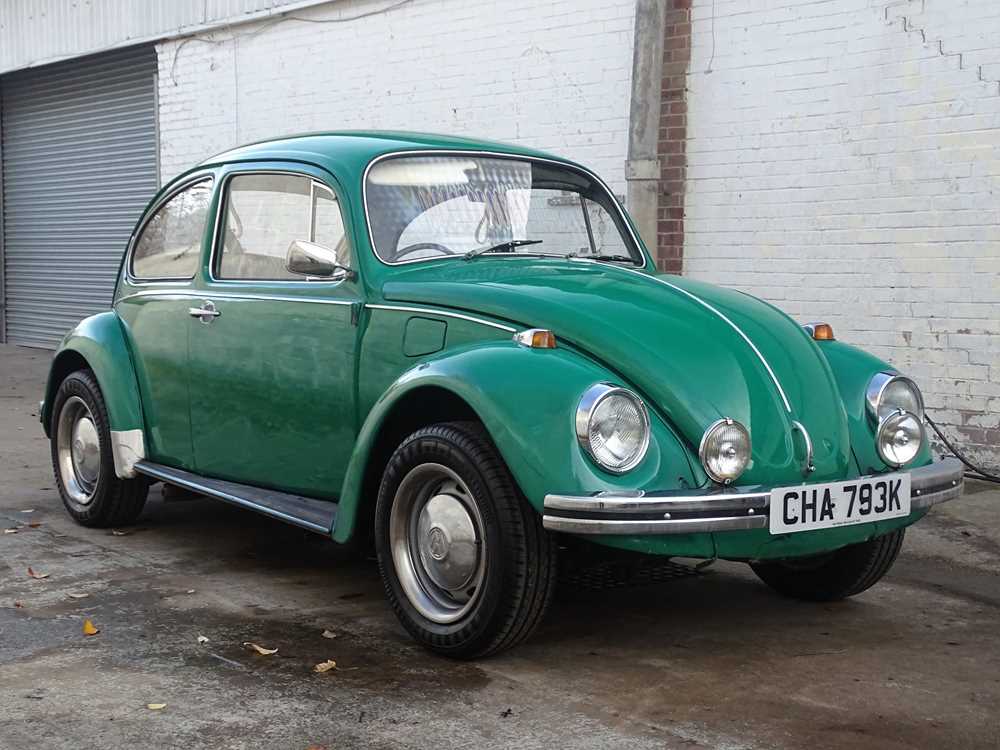 The story of the Volkswagen Beetle is like no other. Sixty-six years of production, over 21 million examples manufactured, factories on five continents, etc. The statistics are as staggering as the car's history. In 1933, Ferdinand Porsche was instructed to design and develop a 'Volkswagen' (people's car) that was basic, affordable, and capable of transporting two adults and three children at up to 100 kph. The newcomer finally went into production in 1938 and, while it inevitably evolved over the years, the basic concept was never altered - an enduring tribute to the genius of Dr. Porsche.

This right-hand drive Beetle 1300 was manufactured in 1971 and first registered in the UK in November that year. Fitted with the 1285cc straight-four engine with the four-speed manual transmission, the Beetle is finished in Green with Cream vinyl interior upholstery. Entering into the current (long-term) registered family ownership in 2003, ‘CHA 793K’ has just three registered owners on HPI, with a recorded mileage of approximately 51,000 miles which is believed to be genuine. Dry-stored for the past couple of years, the Beetle is running but will require some recommissioning before road use and is offered with a current V5C document.