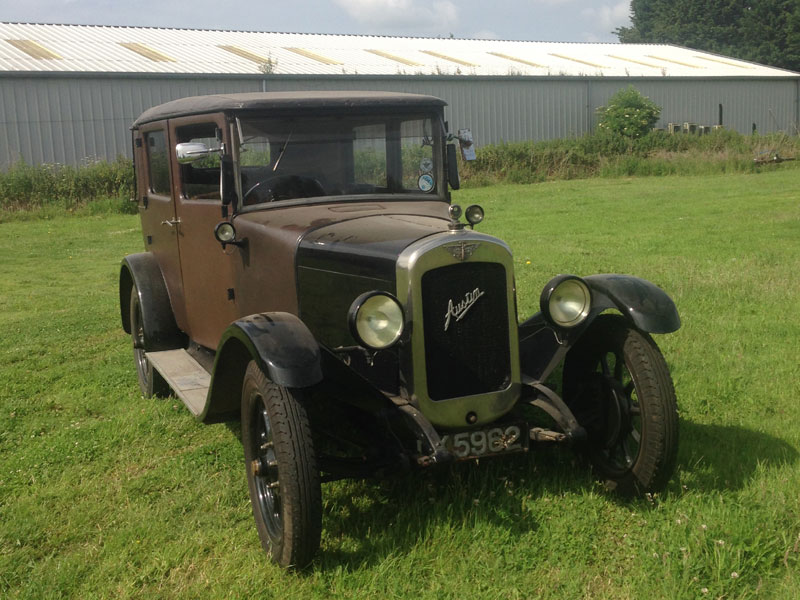 Intriguingly, the Austin 12 made its debut in November 1921 - ie six months after the company had entered receivership. However, both Austin and the model survived, with the latter staying in service no less than 19 years, during which time an impressive 88,000 examples were produced. Many body styles were offered, with the capacious Saloons gaining in popularity as the '20s grew to a close. The delightful 12/4 Saloon offered here hails from June 1929 and therefore boasts the bigger of the two engines fitted, ie the 27bhp straight-four unit of 1861cc. It boasts a rare fabric-covered body crafted by Mulliners of Birmingham that's finished in Brown and trimmed in a matching shade of leather. The vendor informs us that 'DK 5962' 'possesses a lovely patina and runs and drives as it should'. He presently classes the bodywork, paintwork, engine and four-speed transmission as 'good' and the interior trim as 'average'.
Share: