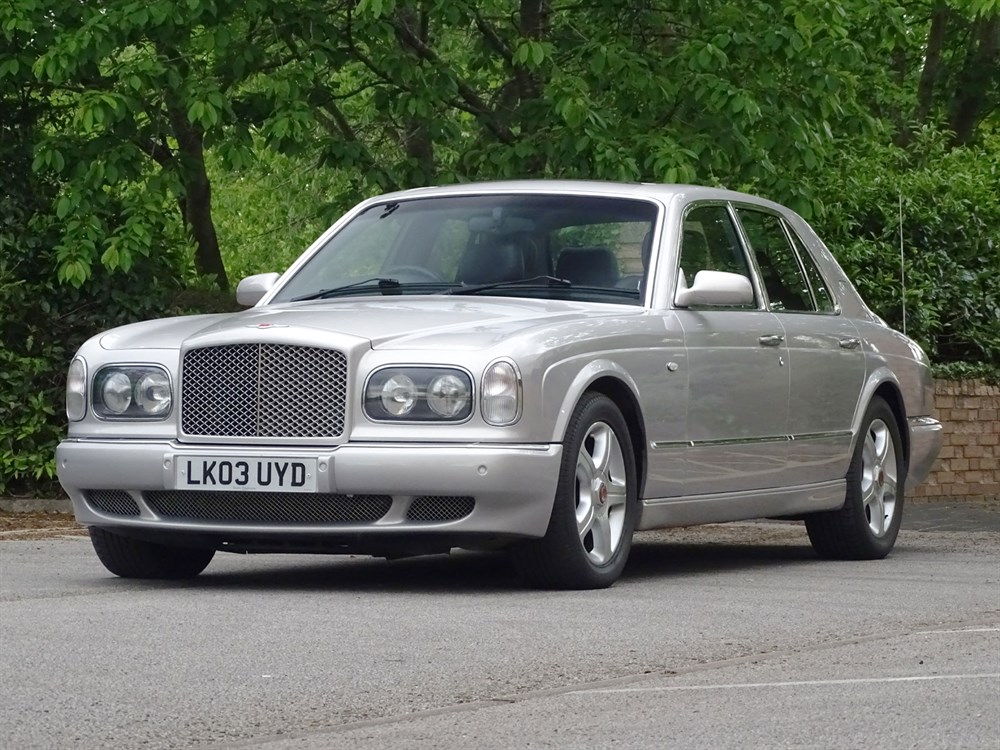 The Bentley Arnage and its Rolls-Royce sibling, the Silver Seraph, were phased in during the spring of 1998 as replacements for derivatives of the long-serving Mulsanne (Bentley) and Silver Spirit (Rolls-Royce). The bodies for the new cars were built at the Bentley factory in Crewe, while the engines were outsourced. Initially available as a single model, the Arnage was powered by a DOHC 4.4-litre BMW engine force fed by twin turbochargers. However, it was around this time that Bentley passed into the hands of the Volkswagen Group and Rolls-Royce was acquired by BMW. Not surprisingly, BMW declined to see a rival marque powered by one of its engines, so Volkswagen was forced to find an alternative powerplant for the Arnage. In fact the company sourced two and created the option of the Arnage Red Label and Arnage Green Label. The Red Label was initially powered by a Cosworth-built version of the Bentley's stalwart single-turbo OHV 6.75-litre V8, while the short-lived Green Label utilised a Bentley-modified version of the Arnage's original BMW unit. The Red label gave way to the Arnage R in 2002. In common with the long wheelbase RL launched the previous year, it was powered by a completely reworked version of Bentley's venerable 6.75-litre V8 engine. Courtesy of Bosch Motronic engine management and a pair of Garrett T3 turbochargers it produced 399bhp and a whopping 616 lb ft of torque.

The handsome 2003 Arnage R on offer has covered just 50,000 warranted miles from new. It's finished in the stately combination of Silver bodywork teamed with Black hide upholstery and lustrous wood trim. Its suitably comprehensive specification includes a factory-fitted sunroof and the car is now being offered complete with full book pack and an MOT valid into April 2020. These lovely handmade Saloons continue to represent amazing value for money in today's market.
Share: