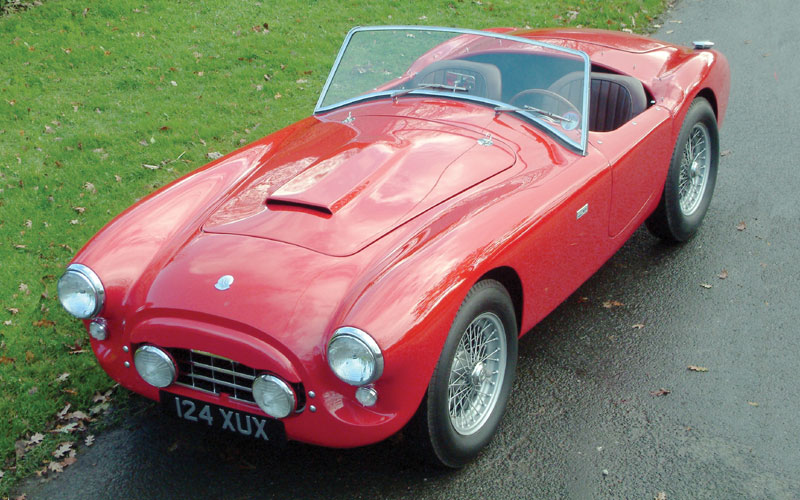 Upon its return to the UK, the car benefited from a suspension overhaul including new Spax shock absorbers, kingpins and bushes plus the fitment of a rack and pinion steering conversion supplied by well known Club member Ben Yates (which had been developed in conjunction with John Tojeiro). Drawn to the re-engined Ace's obvious performance potential not to mention its similarity to an early / prototype Shelby Cobra, the vendor acquired BEX235 for his Scottish collection during late 2009. Despatched to Ian Nuthall of IN Racing not long thereafter, a thorough check over resulted in '124 XUX' receiving replacement propshaft bearings and new Black leather upholstery. Sporting a set of desirable Marchal `Fantastic' spotlamps and `Le Mans-style' nose cowl, this tempting AC is offered for sale with the aforementioned letter of authenticity, V5C Registration Document and sundry paperwork.
Share this page: