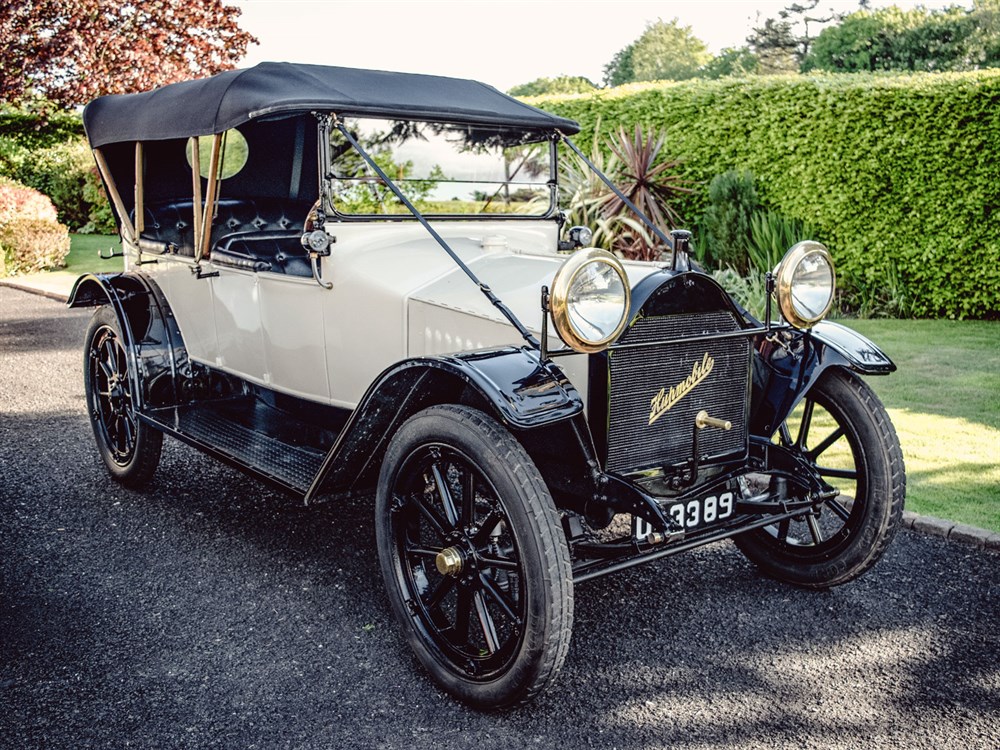 H&H are indebted to the vendor for the follwing inforation:-

This remarkable 1915 Hupmobile Model HA was first registered with OI 3389 on the 20th of April 1915. After seeing a listing in a June edition of the Irish Times in 1914 "The Hup" was later ordered by Mr MacFlynn a Spirit Merchant from Magherafelt, Northern Ireland - It was ordered in early 1915 through The Dublin Motor Company via McStay and Colgan, an Automobile Engineering Company in Belfast, with an optional Westinghouse Electric Starter, Westinghouse Dynamo, Five Electric Lamps and 815x105 Dunlop Tyres (Including Spare).

In 2000 the Hupmobile was eventually passed onto its current Owner, Mr LMacFlynn who is the late Charles MacFlynn's Nephew and the late William James MacFlynn's Grandson.

Unfortunately, post restoration - OI 3389 has not received the use that it deserves, and it is with a heavy heart that the MacFlynn family have decided collectively that it is time for this 104 year old 3rd generation family owned Model HA to be passed onto a new custodian who can give "The Hup" the spotlight it really deserves.
Share: