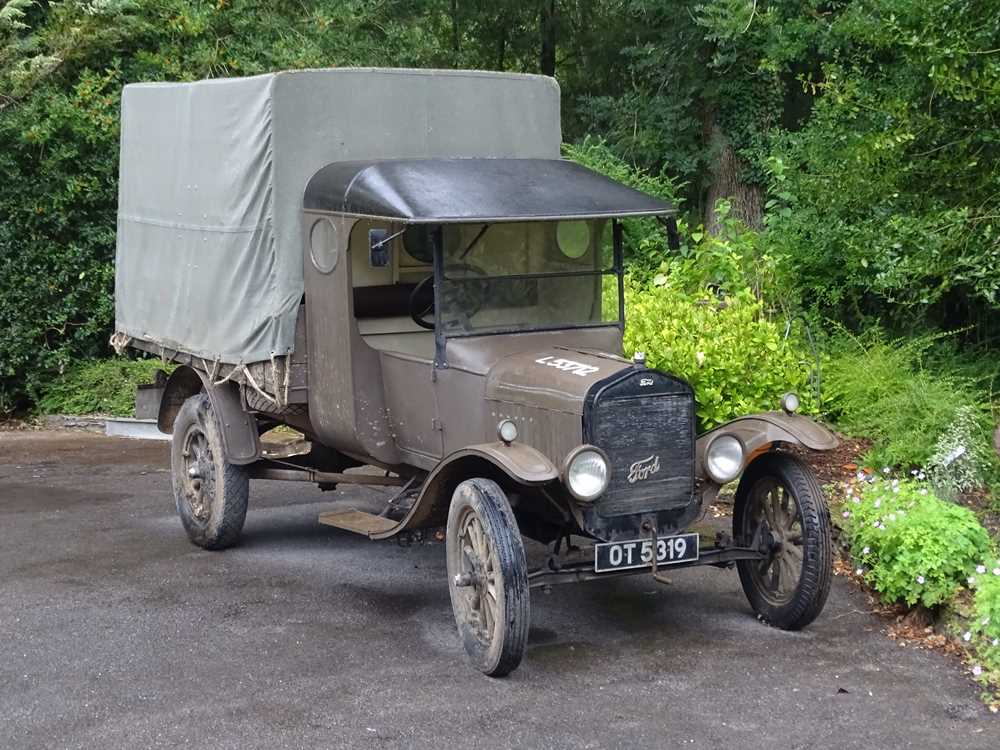 First registered in Hampshire on 15th June 1927 (or so its ‘OT 5319’ number plate would imply), this rare right-hand drive Ford Model TT has formed part of a large private collection for the last seven years. Used for a variety of film and TV work during that time it has appeared in the smash hit TV series ‘Peaky Blinders’ and more recently in the Oscar winning blockbuster ‘1917’. Indeed, the Truck has not been cleaned since it drove off the set of ‘1917’ and so retains a quantity of famous mud! In running order, as one would expect given its recent duties, ‘OT 5319’ boasts coil ignition and an electric starter. Rated by the vendor as being in ‘good overall’ condition, this appealing Ford would grace any commercial vehicle collection.

Introduced in 1917, the Ford Model TT remained in production for a decade. Rated at 1-ton for load carrying purposes, the newcomer utilised a longer, heavier gauge chassis than its Model T passenger car sibling but the same torquey 2.9-litre four-cylinder engine and epicyclic transmission. The commercial variant also featured a stronger worm drive and crownwheel back axle and heavier duty suspension. Initially available in chassis only guise, the Model TT could be had with a factory body from 1924 onwards. A formidable workhorse that proved its worth in all corners of the globe, the indomitable Ford has been credited with inspiring America’s love for the pick-up truck.