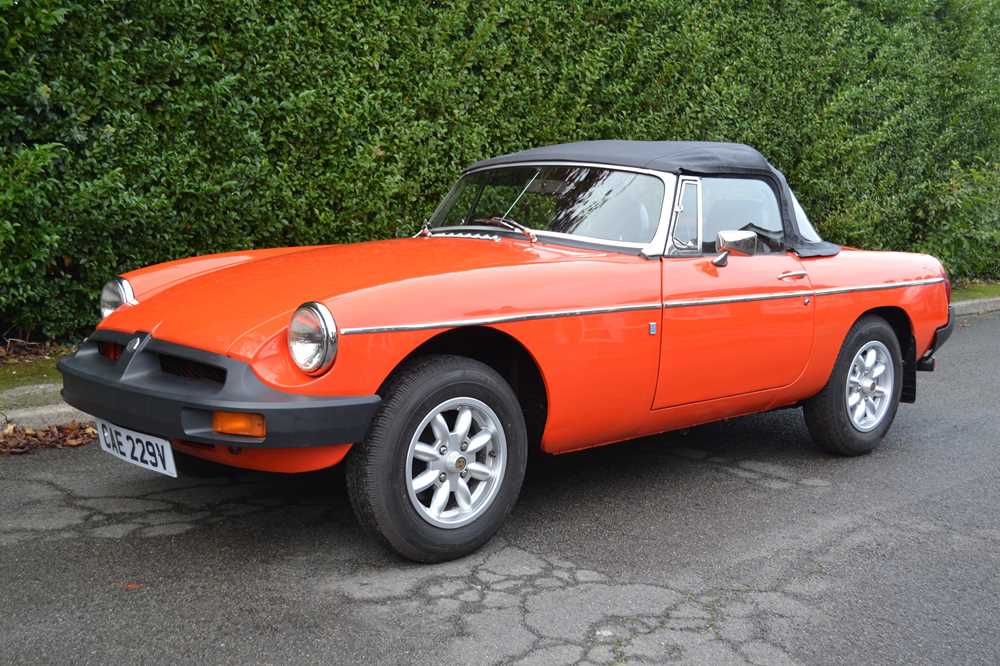 Following its replacement of the MGA in 1962, the MGB was steadily updated during its 18-year reign. However, the biggest visual change in the car's history occurred in 1974, when steel reinforced rubber bumpers replaced the chrome ones, and the ride height was raised by one inch. By the time Roadster production ceased in October 1980, a total of 399,070 are said to have been produced.

This final year produced MGB Roadster was supplied new and first UK registered by Victoria Garage in Weston-Super-Mare on the 19th of June that year. Finished in Vermillion paintwork with full Black interior trim and hood, the car was subject to restoration works in circa 2009 which including new front wings, boot, and seats. Having resided in Somerset all its life until purchased by the vendor earlier this year, the overdrive car has covered 74,860 miles from new across eight total keepers. Offered with V5C, the original Passport to Service record with stamps, owner’s handbook, two sets of keys, a large collection of past invoices and a quantity of 24 previous MOT certificates. Furthermore, ‘CAE 229V’ is accompanied by the original tool kit, and a half tonneau cover.

Having been subject to the restoration works in around 2009, the Roadster was then laid dormant for a subsequent 9 years before the vendor recommissioned the car across the last three months with in excess of £1,000 expenditure including new hood, alternator, master and slave cylinder, brake overhaul including new cylinders and linings, track-rod ends and steering rack gaitor, seals, and more. Freshly serviced in September, the MGB also has an MOT until September 2021 with no advisories.