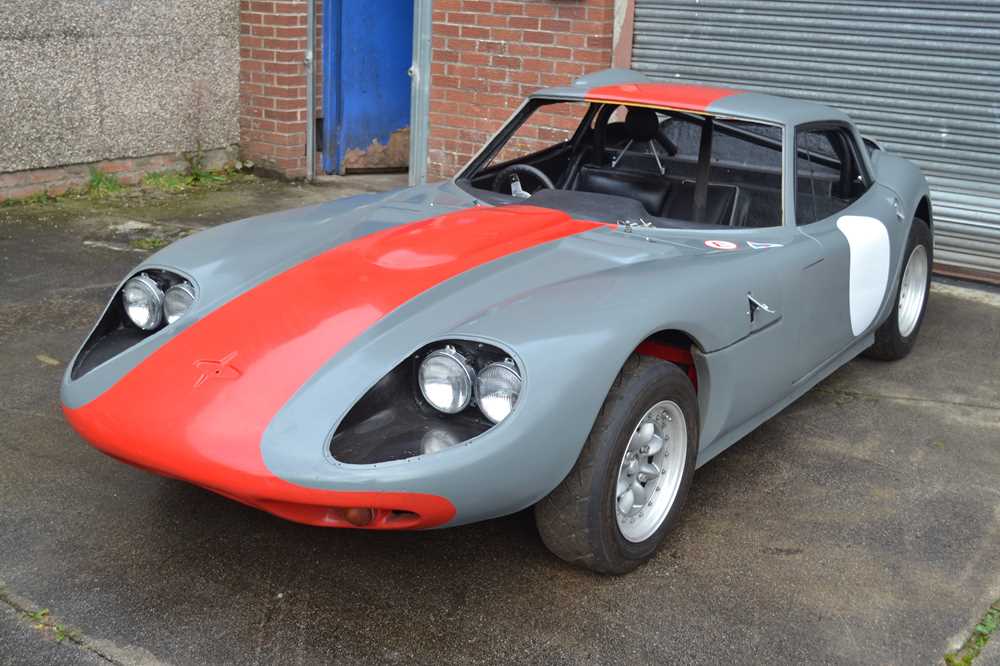 "1969 Marcos GT race car. The car has been a labour of love for the last number of years.

The car has been painstakingly rebuilt from an original racing shell and chassis, the car has never been on the road and the spec would not suit the car to be converted back to road use without a lot of work and would be a "kit car". The spec is extensively built to compete in endurance style races within the MSA and FIA regulations. The car is eligible for many historic race series and championships both within the UK and Europe, from the 750 MC (SR & GT Series) to various Masters Events.

The car itself is sat on a fully refurbished square tubular chassis (as per original) with additional structural strength and alterations, this was hot galvanised dipped and then professionally PU Powder Dipped for durability. The shell is lightened (from the original '60s) with the addition of a new bonnet as the original was beyond saving when we acquired the vehicle.

The running gear is all Ford, as original, but it is running a custom made ATLAS axle (Ford Anglia - professionally made by FOSTEC Engineering Newcastle) with extra heavy-duty half shafts and Gripper Limited Slip Diff set 45/90 ramp angle and a final drive of 3:7. This is supported by a full watts linkage which is torsion adjustable via rose jointed linkage, the axle is running 1960's rear disc brakes (solid discs with P12 calipers) and is fully set up with caster and camber. The Transmission has a custom heavy-duty prop shaft made by Dunning & Fairbank.

Transmission is Ford "Bullet" T5 Borg Warner 4 speed box, as fitted to the 3L Capri and transit. There are 3 boxes with the car, it is currently fitted with a Brand New short ratio box (Transit) but also is a 3ltr long box and a further standard box stripped which was originally destined for a Quaife custom ratio internal cluster (not included) The car is currently sat on a set of steel garage wheels but comes with the set of Super Light split rim alloys and various sets of tyres.

The Engine is a 1969 Wessex Racing (Ford) 3.1 V6 Essex engine, built from scratch as a racing engine and boasts a fantastic spec.

Fully lightened and balanced heads ported & polished with standard inlet manifold to match (original championship restriction), pistons +60 but camshaft unknown, the engine is an original racing engine and has currently 0 miles since the last rebuild (regularly turned while standing). The engine is cooled by a Scimitar big core radiator and has an oil cooler (modern era made to look period) it has a custom pro lightweight starter fitted made by ARK racing, not a cheap ford Fiesta modded one. There are no exhaust headers (these are available from Marcos heritage or from the Gilbern owners club which looking into them should fit no problem. or you will need to get a set manufactured as it has limited space available – I can provide contacts for this if necessary) The interior is finished sympathetically to the car's origins and all the dials are smiths period and all new. The steering wheel is the original Marcos 12" flat racing wheel and the seat is a reconstruction of the original ones fitted. the roll cage is a rebuild of the originally fitted cage, as you see in the photographs there is a rear cage with a front diagonal and the rear stays go right to the rear suspension and the rear has cross bracing between the rear suspension points. The boot houses the Hawk racing battery, twin Red Top fuel pumps, filter, and Original Marcos Long range tank (requires a minivan tank sender to complete) All lines are internal and fuel lines are run in period piping with silver solder joints. The pedal box is a custom floor mounted bias version made by OBP and has AP cylinders and a cable clutch. All the wiring is done in classic style and requires a very small amount of simple work and connections to complete.

The car comes with period side door lexan glass with patterns to cut. It does not have a windscreen or rear screen, however, these are readily available from Marcos Heritage window rubbers are with the car it will also require headlight covers again readily available.