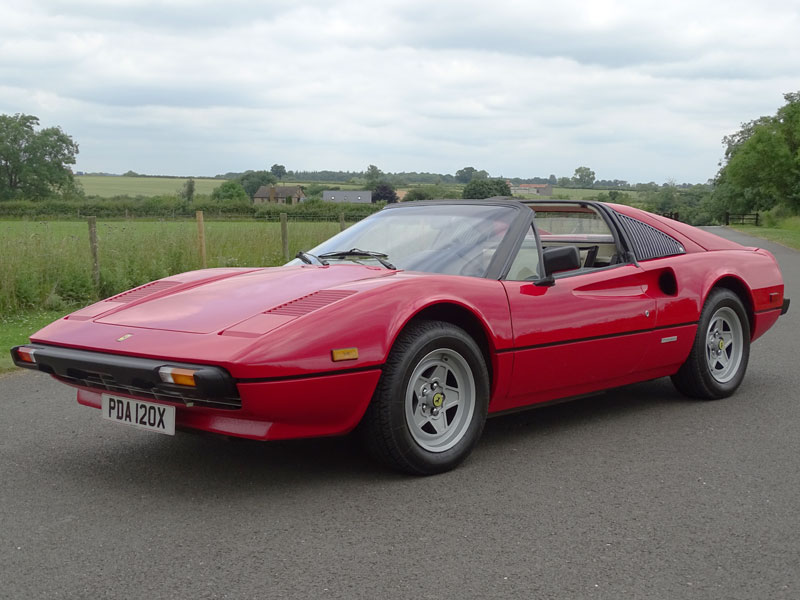 `PDA 120X' is a relatively late-build American specification GTSi that was imported to the UK five years ago. It is very well-presented in the classic Prancing Horse combination of Red bodywork teamed with a Black hide interior, and is presently considered by the vendor to have `excellent' transmission, and `very good' engine, bodywork, paintwork and interior trim. It has recently benefited from a new timing belt, dampers and tyres courtesy of Ian Barkaway of Tonbridge. This fine-looking low mileage example comes complete with original sales brochure, collection of invoices, wallet and handbooks and is offered with an MOT into March 2018.
Share: