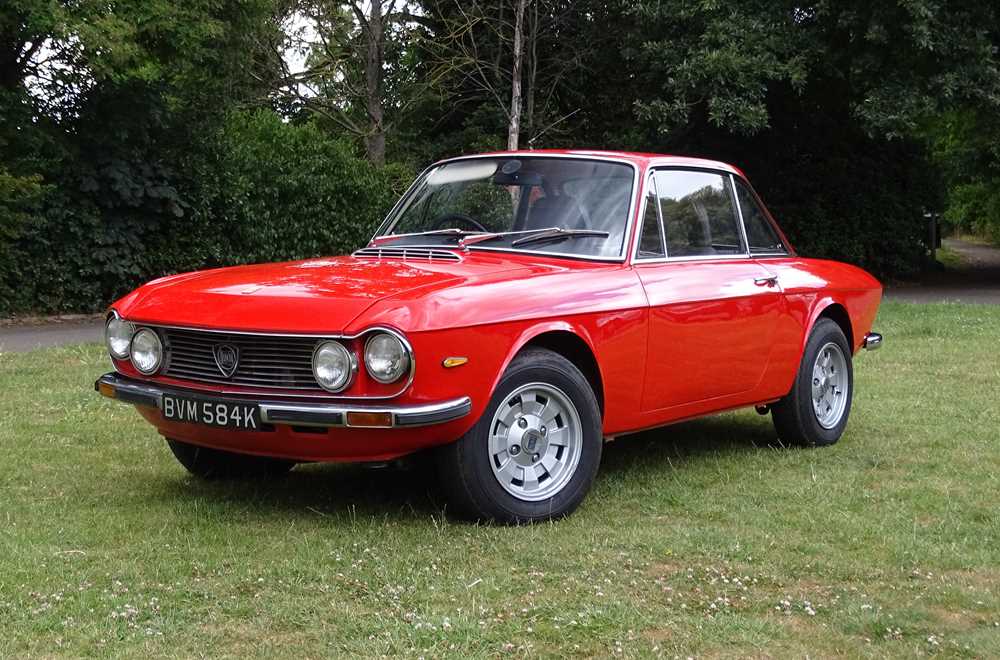 The brainchild of legendary engineer Antonio Fessia, the Fulvia derived its name from a Roman road that connected Tortona to Torino. Launched at the 1963 Geneva Salon as a four-door Saloon, the newcomer was styled in-house by Piero Castagnero who also penned a two-door Coupe derivative that entered production in 1965. Utilising the same independent front suspension, well-located beam rear axle and four-wheel disc brakes as its existing sibling, but sat on a 150mm shorter wheelbase, the Fulvia Coupe was among the best handling cars of the 1960s / 1970s. The work of Zaccone Mina, its narrow angle DOHC V4 engine ranged in size from 1216cc to 1584cc and was allied to four- or (later) five-speed manual transmission. Responsible for Lancia's first official foray into motorsport since withdrawing from F1 during 1955, the Fulvia Coupe placed 8th overall on its competitive debut, the 1965 Tour de Corse. Winning the Italian Rally Championship every year from 1965-1973 (except 1970), the Works Cars fielded by Cesare Fiorio also scooped the 1972 International Championship for Manufacturers with two rounds to spare.

One of just 400 or so right-hand drive Lancia Fulvia 1600 HF cars made (from a total production run of 3,670), this particular example was originally delivered to the UK and later exported to Japan. Finished in a striking Red with a Grey interior, the Fulvia was re-imported into the UK in 2016 where the current vendor acquired it in 2019. Having benefitted from a recent respray to a very high standard, over the last two years the car has been subjected to an improvement programme by renowned Lancia Specialist Omicron, costing over £14,000. This work included an engine tune-up, gearbox overhaul, brake system overhaul, fitment of power steering, new fuel tank and a new fuel pump.

This rare RHD 1600HF is said by the vendor to be in very good to excellent condition all round and is offered for sale with a recent maintenance history file and current V5C.