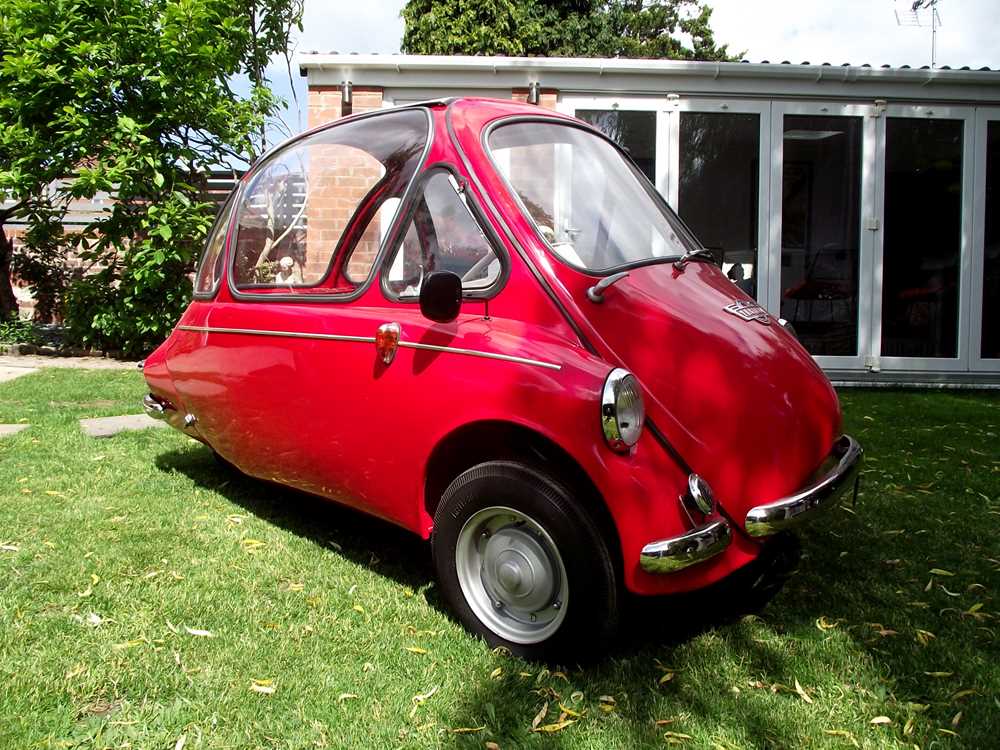 The Type 153 was Heinkel's three-wheeled competitor to the BMW Isetta, Messerschmitt KR200 and other bubble cars of the austere late '50s/early '60s. Powered by a rear-mounted single-cylinder four-stroke engine of 204cc (later reduced to 198cc), it featured a front opening door plus a fabric sunroof that served both as a fair-weather accessory and escape hatch in the event of the door becoming jammed. European production was carried out in Germany from 1956 to 1958, Dundalk in Ireland from 1958 to 1960, and by Trojan Cars on the UK mainland from 1960 until the cessation of the model in 1966.

First registered in Hampshire (or so its ‘656 GOU’ number plate would imply), this smart example has self-evidently been the subject an extensive mechanical and cosmetic restoration. Forming part of a private collection in recent years, the Trojan is described by the vendor as being in ‘very good overall’ condition with regards to its engine, transmission, electrical equipment, bodywork, paintwork and interior trim. However, he recommends that the Type 153 – although running and driving – be recommissioned / checked over before any serious usage is contemplated. Offered for sale with paperwork file.