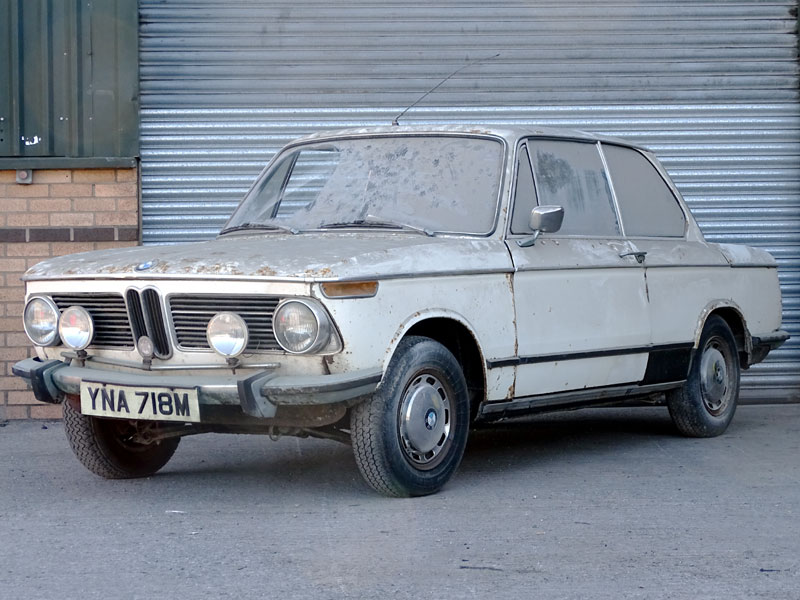 - Williams BMW service history up until 1988

'YNA 718M' is a genuine two-owner car that was supplied new by Williams BMW Manchester and serviced by them until 1988. The vendor acquired the BMW in 1991, but it has lain unused in dry storage since 1998, so will need a degree of recommissioning before returning to the roads. Finished in the combination of White bodywork and Black cloth interior trim it is now offered at No Reserve, complete with original book pack and two sets of keys. Based on a shortened version of the 'Neue Klasse' Saloons, BMW's 02 Series launched in 1966 with the 1600-2 (1600cc/2-door), whose moniker was quickly simplified to 1602. Seeking a more powerful version, BMW then inserted the 1990cc M10 engine from the 2000CS Coupe to produce the 2002 - thereby spawning one of the finest sporting Saloons of the 1960s. The performance was decidedly brisk for the period, with 60mph achievable in 11.3 seconds and a top speed of 108mph.
Share: