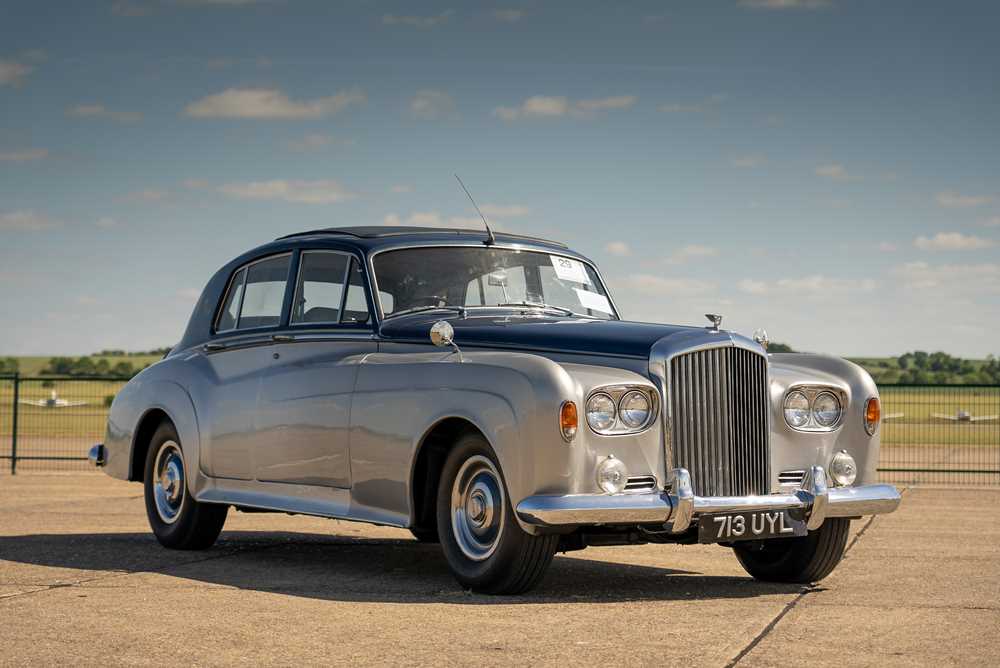 By 1955, Rolls-Royce felt increasingly less need to visually differentiate between its own models and its Bentley-badged ones. The Bentley S1 that replaced the R-Type model was therefore basically a Silver Cloud I behind the distinctive 'Flying B' radiator grille. The S1 was the last of the marque to employ the company's venerable 150bhp 4.9-litre straight-six engine, whose roots could be traced back to the vintage era Rolls-Royce 20. This was mated to a four-speed automatic or optional four-speed manual transmission. The newcomer was built along traditional lines with a separate chassis and body, which facilitated the manufacture of coachbuilt versions. However, the vast majority were delivered with the Standard Steel one that featured alloy doors, bonnet and boot lid. The suspension was independent by coil springs at the front and featured a live axle attached to semi-elliptic leaf springs at the rear. Braking was by servo-assisted drums all round. Greatly improved performance arrived with the S2 model of 1959, when the straight-six engine was pensioned off in favour of a new 6.2-litre aluminium V8 unit. This raised the top speed to some 114mph and greatly enhanced acceleration. Power steering became standard and electrically operated windows an option.

The right-hand drive, home market Standard Steel-bodied S2 being offered is finished in Light Blue over Silver. It is complemented by a Grey hide interior which has acquired a nice mellowed patina. Under previous ownership the car has been updated with aftermarket S3-style twin-headlamp front wings while a new, period-correct Webasto sliding sunroof was also fitted.

The vendor acquired the Bentley in February 2017. He tells us that in the last few years considerable work has been carried out on the car. The brake system and the engine have been rebuilt and the gearbox has been refurbished. A thick folder of invoices totalling over £15,000 in spare parts from, amongst others, Rolls-Royce & Bentley specialists Colbrook, Ristes and Flying Spares accompanies the car, along with copies of the original build records, old registration documents and MOTs, and a CD-Rom with the Workshop Manual. The odometer presently displays an unwarranted 73,983 miles and '713 UYL' is MOT'd until the end of November 2022.