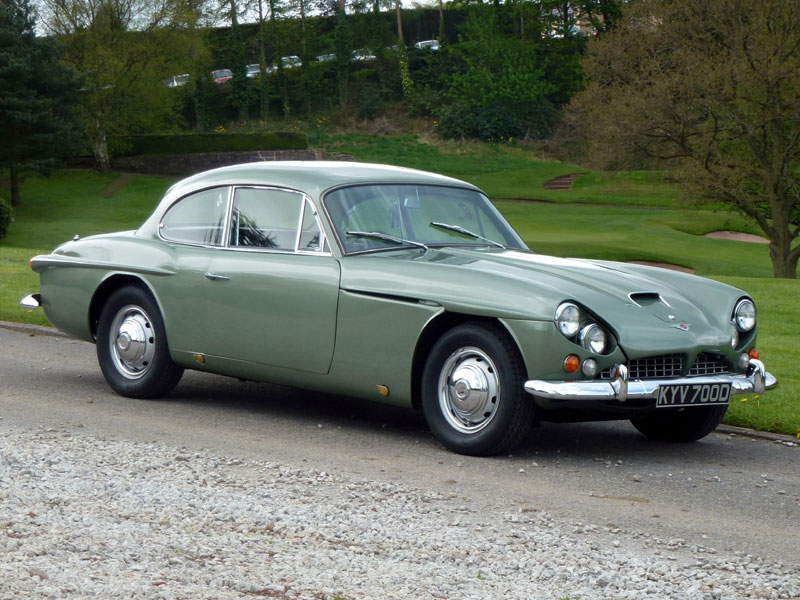 A notably late example (only ten or so units from the end of production), chassis 112/2485 has the further distinction of being the sole known survivor out of the two Jensen C-V8 MKIIIs that were factory-fitted with electric windows. Originally finished in California Sage Metallic with Black leather upholstery and employed by Charles Follett Ltd of Mayfair as a demonstrator, the four-seater was road registered as `KYV 700D' on 3rd August 1966. Reportedly sold into joint ownership the following year for £3,250, it is understood to have had just one further keeper before being bought by the vendor in July 1987. Dry stored between 1988 and 2012, the Jensen has since undergone various recommissioning works. Fired-up once the fuel tank had been drained, the oil / coolant changed and a fresh battery / spark plugs fitted, chassis 112/2485 then had its disc brakes cleaned and new rear pads installed. Using parts supplied by Richard Appleyard Engineering Ltd, the offside kingpin was overhauled, while the front suspension also gained new springs and reconditioned shock absorbers. A new stainless steel exhaust was fitted and a small repair made to the passenger footwell prior to the inside floor being red-oxided. A new carpet and sound deadening set was sourced from REJEN, the same company being responsible for retrimming the front seats / door panels. The electrics were gone through (including the power windows) and a couple of the sealed beam headlights replaced. After passing its first MOT test in twenty-five years, the Jensen showed a tendency to overheat in traffic. To cure the problem the MKIII now benefits from a new larger core radiator, high-flow thermostat, fan relay and twin electric cooling fans. Although imperfect the paintwork responded well to washing / polishing. Representing a unique opportunity for Jensen enthusiasts, `KYV 700D' is offered for sale with a fresh MOT certificate.
Share: