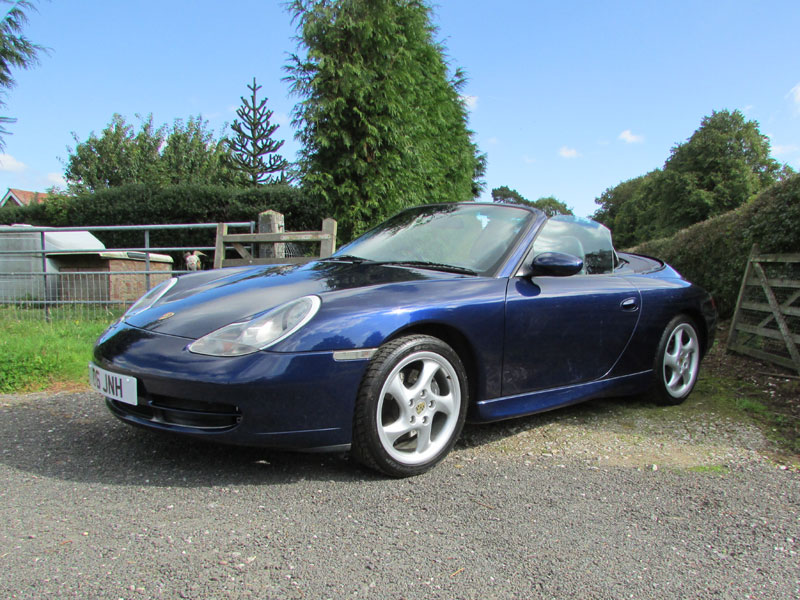 Porsche's 996 evolution of the venerable 911 concept was manufactured between 1998 and 2005 and represented the most significant single update of the 911 family since its introduction in 1964. The most fundamental change was the move from air-cooled to water-cooled engines, in the interest of increasingly stringent noise and environmental regulations. The handsome righthand drive Carrera Cabriolet seen here is understood to have covered no more than c.55,000 miles and has had nearly £6,000 invested in its maintenance in the last two years alone. Its service book apparently contains 11 stamps, the last of which relates to the routine maintenance and change of auxiliary drive belt carried out by marque specialists Cavendish Porsche of Nottingham in April of this year. This striking Carrera features Blue bodywork matched to Black interior trim, and the vendor currently grades the bodywork, paintwork, flat-six engine and automatic transmission as all being in 'very good' order. It comes complete with factory hard top and upgraded Alpine bluetooth radio, though the original Porsche unit is also included.
Share: