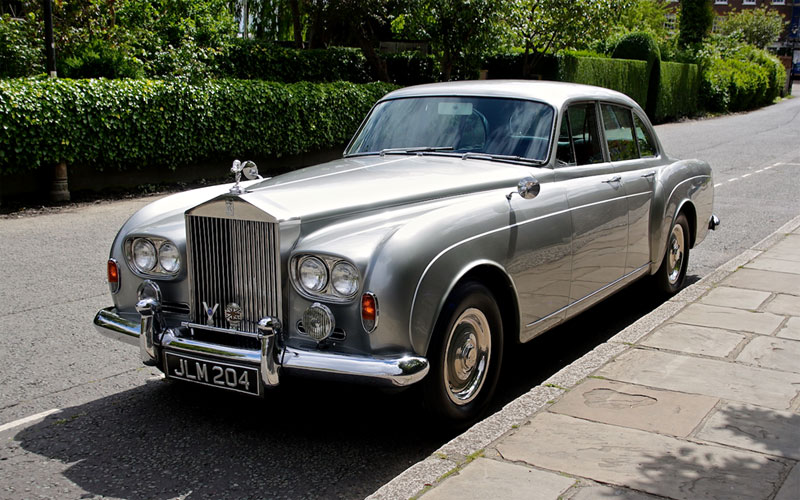 - One of just 54 examples built

By the late 1950s, Rolls-Royce's long-serving six-cylinder engine was no longer a match for the more contemporary powerplants of its rivals. With America being the company's most important export market, it was perhaps inevitable that the British firm would turn to the V8 units of such manufacturers as Cadillac and Chrysler for inspiration. The result was the all-alloy, eight-cylinder, 6.25 litre, 90 degree engine of V-configuration, that made its debut in 1959 below the imposing bonnets of the Rolls-Royce Silver Cloud II and Bentley S2. The change in powerplant was very well received and even the related slogan coined by David Ogilvy's advertising agency - `At 60mph the loudest noise in this new Rolls-Royce comes from the electric clock' - became a classic in its own right.

While the engine upgrade was the only significant difference between Cloud II/S2 and the Cloud I/S1 that preceded them, the Cloud III/S3 that came to market three years later carried a variety of further improvements. For example the engine was treated to larger carburettors, a new distributor and an increase in compression ratio, while a General Motors-derived four-speed automatic transmission became standard equipment. Internal changes included an increase in rear passenger space and a move to separate front seats, while the adoption of a lower radiator shell and a quad headlamp system endowed the model with a more contemporary look. Critics argued that drum brakes and a separate chassis and body were no longer fitting on a motorcar of this ilk, but that had little or no effect on the model's many admirers from home and abroad, who encouraged Rolls-Royce to continue production into 1966, at which point the line was finally supplanted by the monocoque Silver Shadow.

By that stage no less than 2809 examples had been produced, 375 of which featured coachbuilt bodies. 54 of the 375 were commissioned from London-based H J Mulliner, 52 of which were clothed in four-door, six-light bodies to design number 2042. They are frequently referred to as `Flying Spur' models but, according to marque expert and author of the book `The Flying Spur', Bernard L King, Rolls-Royce themselves only used that moniker in connection with the equivalent Bentleys, so the Rolls-Royces are perhaps more accurately referred to as having Flying Spur-style coachwork by H J Mulliner. His take on the derivation of the Flying Spur name itself is equally interesting - evidently the crest of the Johnstone clan is a winged spur and it just so happened that the Managing Director of H J Mulliner from 1944 to 1960 was one Harry Talbot Johnstone. You can draw your own conclusions.

The stunning sale car is one of the treasured 52 motorcars built to the above specification and is believed by Rolls-Royce circles to be the most original and lowest mileage example of this very rare model - it has had just three owners from new (two of whom apparently had an extensive collection of cars) and is understood to have driven just 37,300 miles to date. A number of interesting items of special equipment were factory-fitted, including: air conditioning, rev-counter, adjustable spot and fog lights, leather dash top and an interior/exterior thermometer.

`JLM 204' is finished in Silver and trimmed in Black hide and is currently considered by the vendor to have `excellent' coachwork, paintwork, interior trim, V8 engine and automatic transmission. One thing's for sure, standard Cloud IIIs of this quality are now exceedingly few and far between, while those with Flying Spur-style bodywork now rarely come to market. `JLM 204' therefore represents a unique and exciting opportunity for Rolls-Royce aficionados everywhere.
Share: