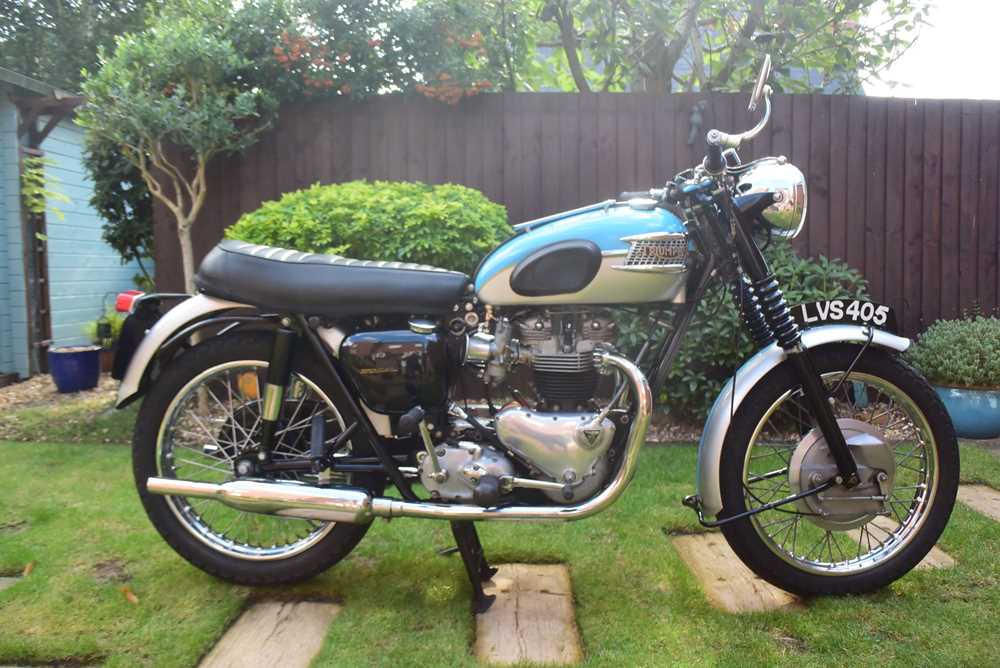 Triumph is one of the most iconic and revered names in the history of motorcycling. Established in Coventry in 1885, by the start of the 1900s the company had made their first motorcycle beginning a continuous run of production under various ownership until its eventual closure in 1983. In 1937 the Edward Turner designed Speed Twin was released launching a range of Triumph twins that went on to epitomize British motorcycles in the post-war years. The T120 Bonneville is now one of the most sought after bikes of the era and can command five figure sums auction but faithful replicas can be built to satisfy that demand.

This very well put together Bonneville replica is based on a 1958 Thunderbird and comes fitted with a twin carb alloy head sporting a pair of handed Amal carbs and a Lucas Competition magneto. The instruments are Smiths Chronometrics with a 140 MPH speedo and a rev counter that reads up to 10,000 RPM, tyres are Dunlop TT100s. Dry stored in a private collection for a number of years it has been run recently but will require further recommissioning before use. It is supplied together with a current V5C, a VMCC dating letter and a few old MOTs between 2006 and 2015.