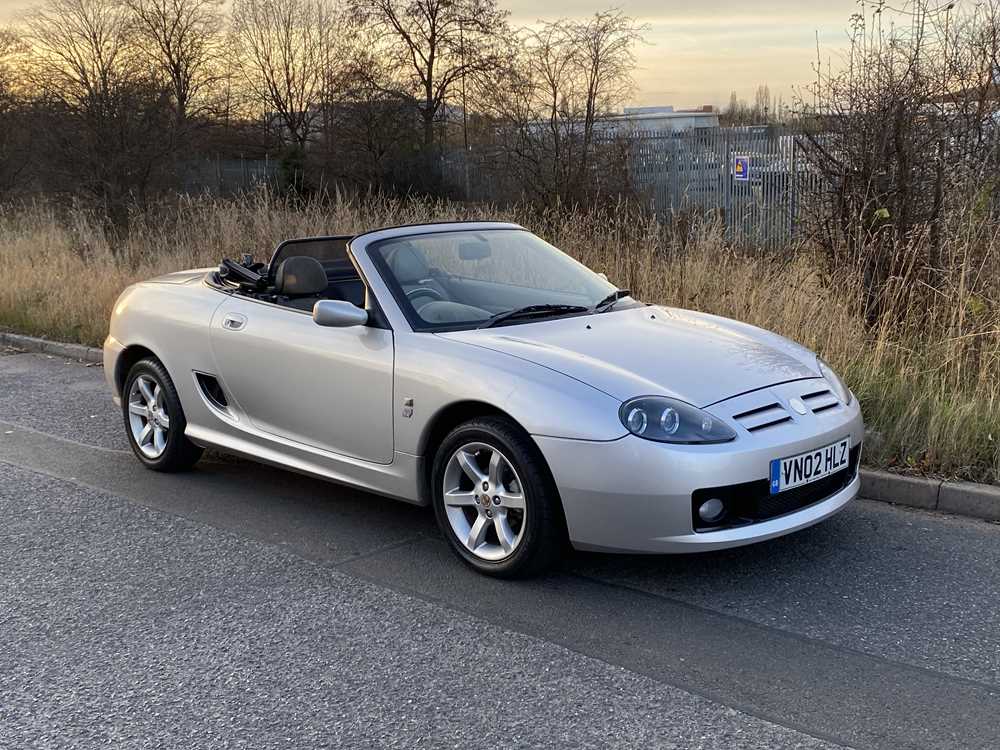 With a strong following as a modern classic, the MG Fs and TFs featured a mid-mounted 1.6-litre or 1.8-litre engine and arguably handle better than the highly regarded Mazda MX5. The second-generation MG TF changed from the earlier car’s complex Hydragas suspension, in favour of coil springs. Various cosmetic changes occurred with the Mk.IIs launch including a revised grille, redesigned front headlights, bumpers, side air-intake grills, rear boot, etc. Production was suspended in April 2005, when MG Rover collapsed but not before 39,249 Mk.II MG TFs were built from 2002 onwards. Great value for money and an ideal entry into the world of classic cars.

Manufactured in 2002, this TF was supplied via Stour Valley Rover being first registered in the UK on the 17th of May that year. Fitted with the aforementioned 1796cc straight-four K-Series engine mated to the five-speed manual transmission and finished in Silver with Black and Grey interior upholstery and a Grey hood, the MG has covered just 47,631 miles (at time of consignment) at the hands of four former keepers. Retained in current registered ownership since 2018, ‘VN02 HLZ’ is accompanied by the original owner's handbook and stamped service book displaying six stamps up to 36,617 miles. Pleasing retaining the original dealer number plates, the MG is further offered with a small number of past MOT certificates and MOT history, a no advisory MOT until November 2022 and V5C document.