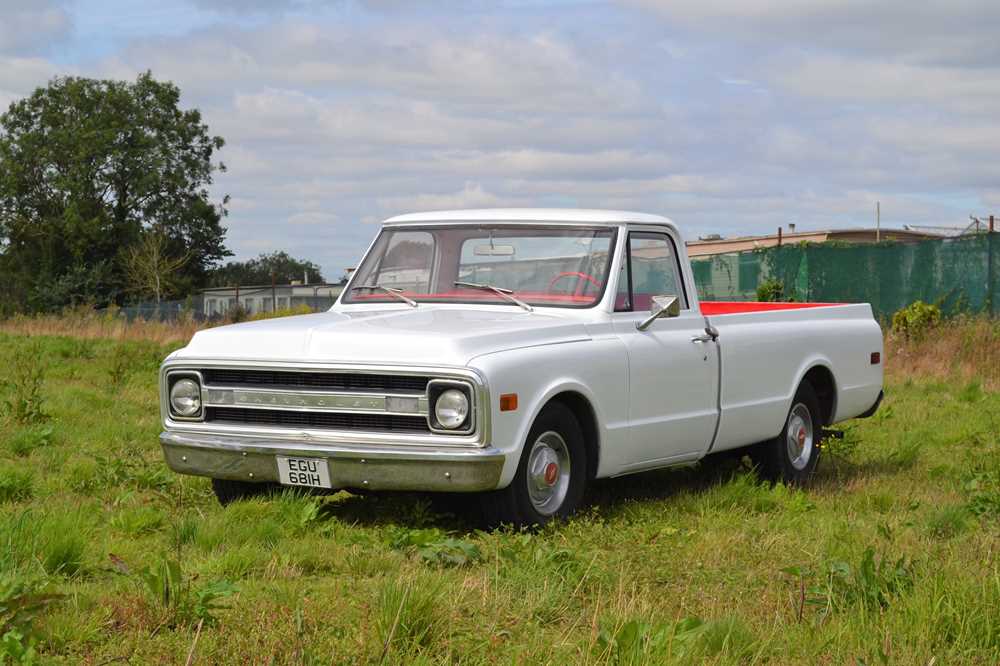 C/K is a series of trucks that were manufactured by General Motors from the 1960 to 2002 model years. Marketed by both the Chevrolet and GMC divisions, the C/K series encompassed a wide range of vehicles. While most associated with pickup trucks, the model line also included chassis-cab trucks and medium-duty trucks and served as the basis for GM full-size SUVs. Through its entire production, the model line competed directly against the Ford F-Series and the Dodge D series (later the Dodge Ram pickup). Launched in the fall of 1959, the 1960 model year introduced a new body style of a light pick-up truck that featured many firsts. Most important of these were a drop-center ladder frame, allowing the cab to sit lower, and independent front suspension, giving an almost car-like ride in a truck. The cab was modified for 1964, with the elimination of the "wraparound" windshield and a new front grille design, along with various interior changes, while retaining the original design on the body.

Manufactured in 1970 this Chevrolet C10 was supplied new to America and is understood to have resided in Texas for much of its life until it was imported into the UK in 2017. Finished in White paintwork with complimentary Red interior upholstery and a Red ‘bed’, the Chevrolet is fitted with the original six-cylinder engine mated to the three-speed ‘on-the-tree’ manual transmission. Accompanied by a small selection of invoices, a past MOT certificate, and a current V5C.