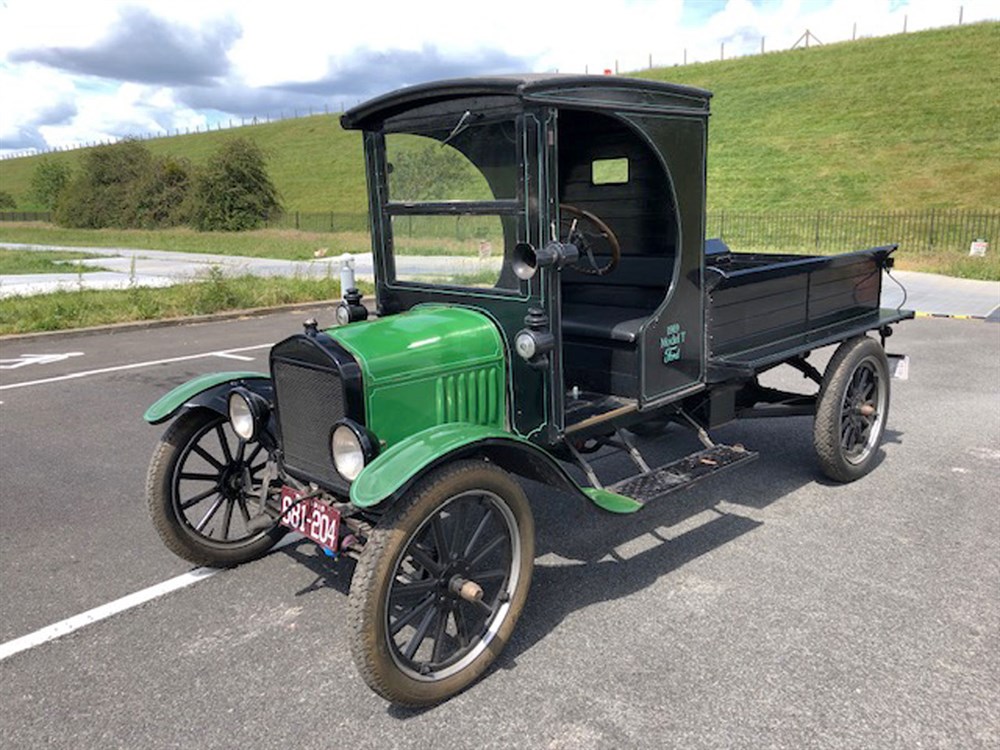 - Described as a "very sold example and very clean"

The timing of the T was perfect. It came to market just as motorcars were gaining in interest and acceptance, and sold for less than a wagon and team of horses. It mobilised people the world over and for the first 16 years accounted for no less than 40 percent of all US car sales - small wonder that it was voted 'The World's Most Influential Car Of The 20th Century'. At launch the T was powered by a side-valve 2.9-litre four-cylinder engine producing some 20hp, and was among the first to have its cylinders cast all in one block. The lefthand drive restored truck being sold is finished in Green and Black that's teamed with Black interior trim. The vehicle is fully UK registered and described by the vendor as being 'a very solid, clean example that drives perfectly', and he currently classes the bodywork, paintwork, upholstery, engine and transmission as all being 'very good'.
Share: