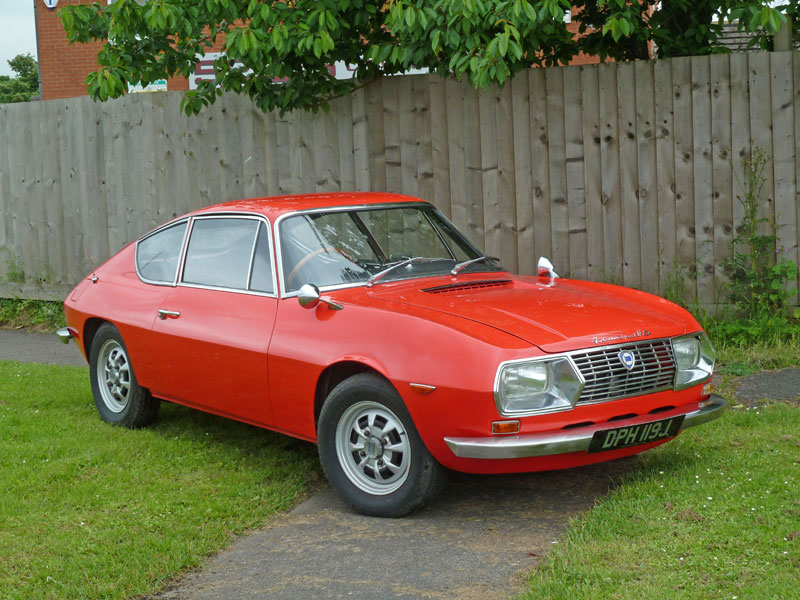 - Thoroughly renovated to an exception standard by a Lancia specialist

- One of only 1,898 S models believed to have been built in both LHD and RHD

This exceptional Lancia Fulvia is one of the company's Sport models that were bodied by the highly acclaimed Italian carrozzeria, Zagato. The first series Fulvia Sport was produced by Zagato on behalf of Lancia only between the years 1968 and 1970, and just 1,898 1.3 S variants are believed to have been built. Those fitted with right hand drive steering made up a very small proportion of that total. A highly desirable Zagato masterpiece, this example was acquired by the vendor in 2000 and underwent a thorough rejuvenation of its highly stylish coachwork in 2013. The work was completed by Lancia restoration specialist Western Lancia of Devon, and the quality of the work was clearly done to an exceptional standard, with door shut lines possibly finer than when the car left the factory in around 1970. There are a many invoices and photographs on file recording the involved works that were done to the car, and the vendor reports that the 818.303 coded (1.3 S) engine also received attention during the rejuvenation process. The vendor continues by describing the bodywork and paintwork as being in "excellent" condition and the remainder of the car as being "very good". One of several Fulvias in the vendor's collection, the car appears to have had a lot of money spent on it, and anyone looking for what must be one of the finest Fulvia Zagato cars on the market should pay close attention to this example. Factor in the very limited production numbers of a car produced by one of the finest and exotic Italian carrozzeria of the day on behalf of one of Italy's most illustrious marques, these Zagato bodied Lancia Fulvias represent exceptional value for money, but for how much longer?
Share: