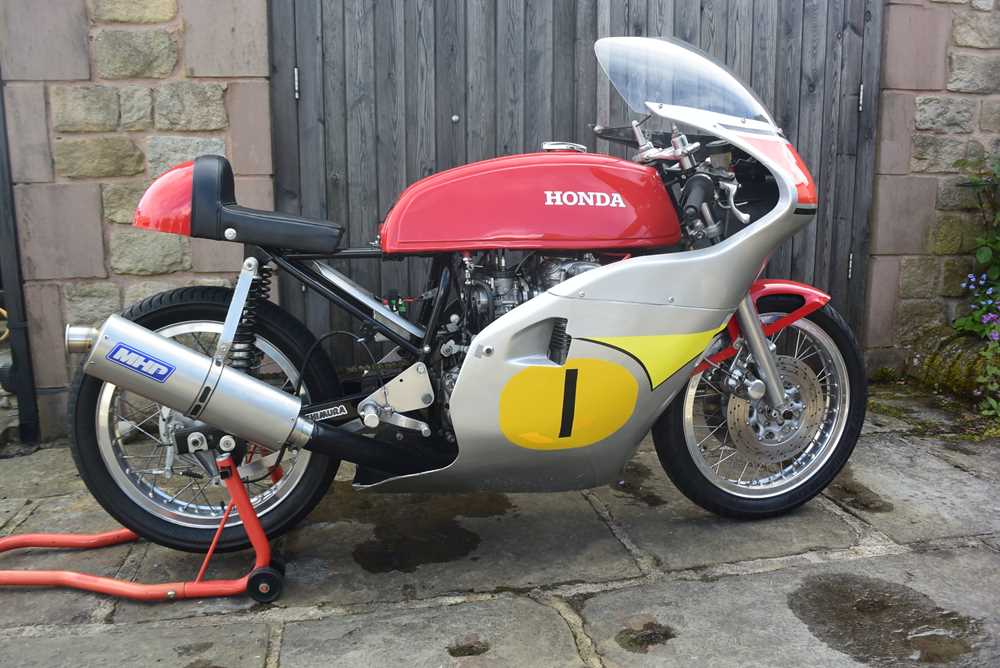 The Honda Motor Company was founded by Soichiro Honda in 1937, initially producing piston rings for Toyota. They made their first motorcycle in 1949 and within 10 years had become the biggest producer of two-wheelers in the world. They have gone on to manufacture over 400 million motorcycles as well as millions of other power products. After many successes in Grand Prix racing, in 1969 they launched the classic CB750 four-cylinder engine that at a stroke introduced the world to the 'Superbike' and a layout that still dominates sales today. The 750 was closely followed by a 500 version bringing a level of sophistication and performance only previously found on exotic Grand Prix machinery.

This CB500 based racer was built in the 1970s using a heavily modified standard frame and a race tuned engine fitted with many Yoshimura parts and Amal carbs. Raced by the vendor to various club championships in the 70s/80s it was then sold and he lost touch with the bike for many years. He managed to buy it back recently and gave the engine a good overhaul with new Piston Rings, Kibblewhite valve spring kit, MHP exhaust and a Dynotec ignition with a view to entering it in the Classic TT. It has a V5C on a Q plate for running in and test purposes on the road and the vendor has recently had it running.