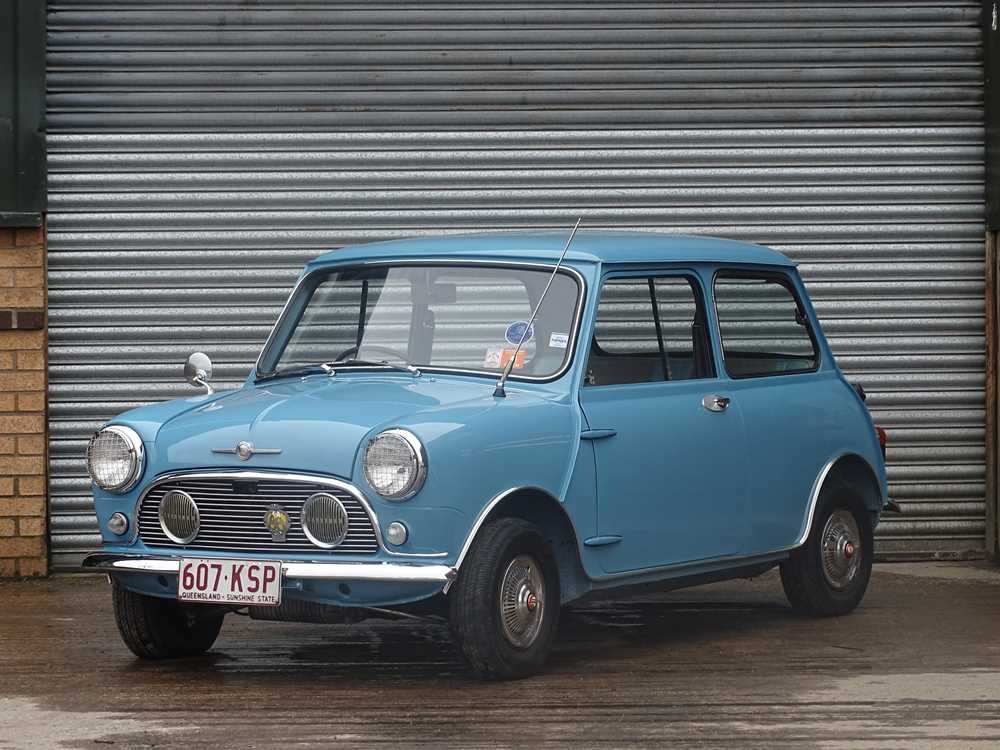 Launched in the summer of 1959 as Sir Alec Issigonis's sideswipe at the bubble car which had swept through Europe in the late 1950s, the Mini was truly a revolutionary car. Packing a remarkable amount of interior space into its 10ft length by placing its 'A' series engine sideways from 'east to west' in the engine bay, the practicalities which had dominated its design concept seemed almost accidentally to produce a small car which on its rubber-cone suspension and 10-inchwheels was remarkable fun to drive. Possessing light and incredibly accurate steering, minimal bodyroll and tremendous grip the Mini was described by the contemporary motoring press as the first car in which there was no need to slow down for corners! The Mini featured many of Issigonis's personal design quirks, for instance there was no provision for a radio as he did not agree with them and he believed the famous 'bus-driver' driving position kept the driver alert by preventing him/her getting too comfortable! Launched in BMC tradition as both an Austin (the Seven, or 'Se7en' in contemporary advertising) and a Morris (Mini-Minor) it was the 'Mini' name that stuck in the long term. Although had original marketing plans to call the Austin version the 'Newmarket' succeeded then this could perhaps have been very different! Sales were initially sluggish but the Mini's rapid acceptance amongst the elite as 'the' car to be seen in soon saw this overcome and by 1963 it had dislodged the Ford Anglia to become the best selling car in the UK.