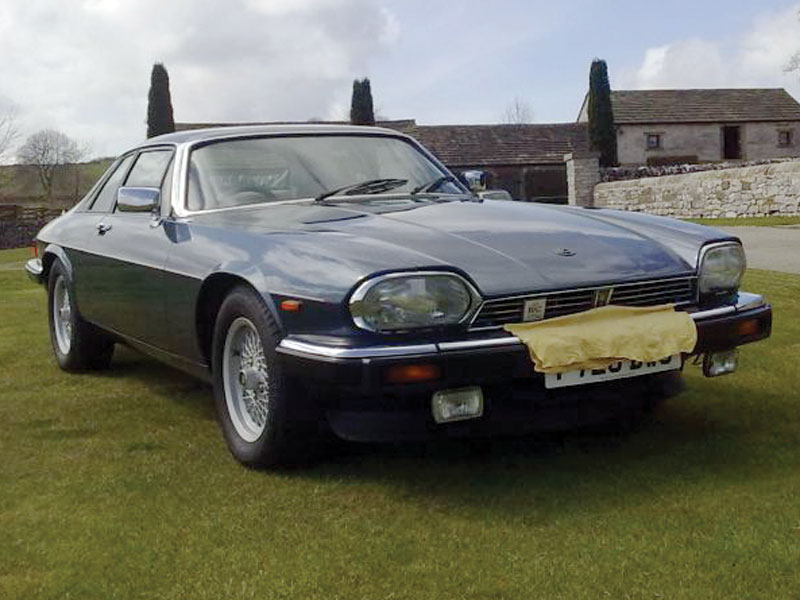 That Jaguar's XJ-S (later the XJS) will become an increasingly sought after classic is beyond doubt. Based on the XJ saloon, it was launched in September 1975 as a replacement for the legendary E-Type, though it was of a very different character - the E-type being a race-bred sportscar while the XJS was more of a high speed GT. Based around a two-door monocoque bodyshell equipped with all-round independent suspension (double wishbone front, lower wishbone/radius arm rear), four-wheel disc brakes and power-assisted rack and pinion steering, some of its underpinnings even found their way into the later Aston Martin DB7 and Jaguar XK8. At launch, the XJ-S was powered by Jaguar's silky 5343cc V12 engine mated to either Borg Warner Model 12 automatic or manual transmission. The latter was soon dropped as an option and in 1979 the Borg Warner unit was superseded by GM's three-speed Turbo-Hydramatic 400 automatic box. Though relatively heavy, the XJ-S was no mean performer and would hit 60mph in around 7.8 seconds and top 140mph flat out. Economy, however, was not its strong point - cue the High-Efficiency (HE) engine. The XJ-S was equipped with the HE unit from July 1981, its Michael May-designed cylinder head not only endowing it with far better fuel economy (fuel consumption was reduced by as much 20%), but also more power - 295bhp. Other changes implemented at the time include: new five-spoke alloy wheels and wood inserts for the fascia and door cappings.

Finished in blue with cream leather upholstery, this particular example has been in the current ownership from new. Said to have been "properly stored in a heated garage for fifteen years", the Jaguar is warranted to have covered a mere 44,000 miles. Further understood to have been "extensively serviced and maintained regardless of cost", the XJ-S is described by the vendor as being in "excellent" condition with regard to its engine, automatic transmission, electrical equipment, interior trim, bodywork and paintwork. Well specified, the coupe boasts "a trip computer and cruise control" not to mention "a fitted dust cover and footwell sheepskins". Riding on lattice alloy wheels, this one owner Jaguar is offered for sale with MOT certificate valid until April 2011 and road fund licence valid until September 2010.

PLEASE NOTE: This vehicle has an MOT until March 2011.
Share: