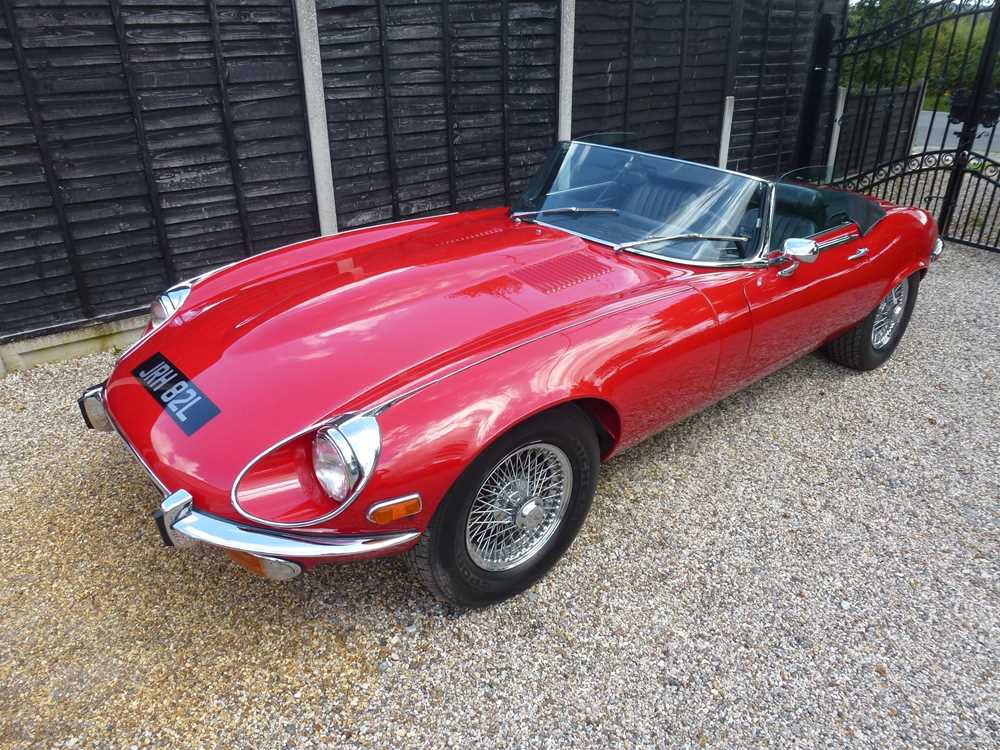 Imported from Florida to the UK in 2014 via California, this left hand drive roadster benefits from manual transmission. Finished in red with black interior the vendor advises that accompanying invoices show some £9,000 of expenditure since its arrival in the UK and he currently describes the car as being in “very good” condition as regards its bodywork, paint, engine, electrics, transmission and interior. Once the most prized by collectors, the V12 E-Type is a highly capable grand tourer delivering silky smooth power whilst providing refined levels of comfort for its occupants.

The last E-Type rolled off the production line in 1975, yet the model still has a unique ability to excite enthusiasts of all generations, its Malcolm Sayer-penned lines thought by many to be among the most striking ever to adorn a motorcar. It made its debut at the 1961 Geneva motorshow and was the fastest production car of its time.

From birth, the car was available either as a Fixed Head Coupe or a two-seat Roadster. The engine size was increased from 3.8 to 4.2-litres in October 1964. With the change came a sweeter all-synchromesh gearbox, better brakes and more comfortable seats. For 1966, a 2+2 version of the Coupe was added to the range. It was nine inches longer and featured a more vertical windscreen. The Series 3 cars were introduced in 1971, virtually all of which were fitted with Jaguar's new 5.3-litre V12 engine. The original wheelbase was discontinued and the revised car offered only as Roadster or 2+2 Coupe. Production continued until the model was superseded by the XJS in 1975, by which time some 15,000 V12-engined examples had been produced, most of which were exported to the USA.