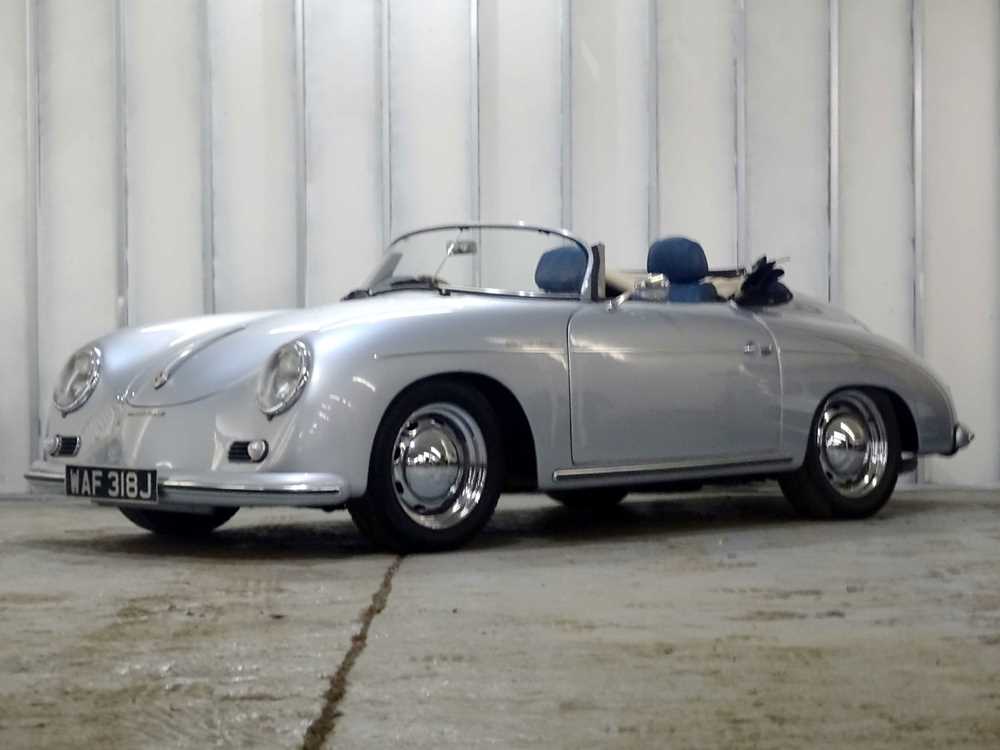 Chesil are recognised as market leaders in their field having carved out a worldwide reputation for the quality of their products which are handcrafted with painstaking attention to detail. Correctly registered on its accompanying Swansea V5 as a VW Chesil, this factory-built Speedster is finished to a very high standard and registers just c.7000 miles on its odometer. Powered by a 1600cc engine breathing through twin Weber carburettors allied to a four-speed manual gearbox, the car is finished in silver (paint code 92E) with blue interior. An attractive and convincing evocation, including authentic -looking instruments, road wheels and badging, it comes complete with a blue soft-top and blue tonneau cover.

Porsche created the Speedster at the request of its North American importer, Max Hoffman. He was having great success with the 356 Coupe but was convinced he could rival the coincident British Roadsters if armed with an open variant of the car. The Speedster was born in 1954 by creating a cut-down version of the Cabriolet with all creature comforts removed. The spartan cockpit featured lightweight bucket seats with fixed backrests, and instrumentation was limited to a speedometer and temperature gauge. The car was an instant hit, particularly in Southern California. The peak year was 1957, when the best-looking versions were made, and it is these iconic cars that the British-built Chesil evocation recalls - looking every inch, the real thing.

We are indebted to the vendor for providing the following information :

MOT history online from 2006 to 2018 without any fails, car subsequently maintained in dry storage due to ill health. Well maintained by in-house mechanics with online DVLA record of credible low mileage.