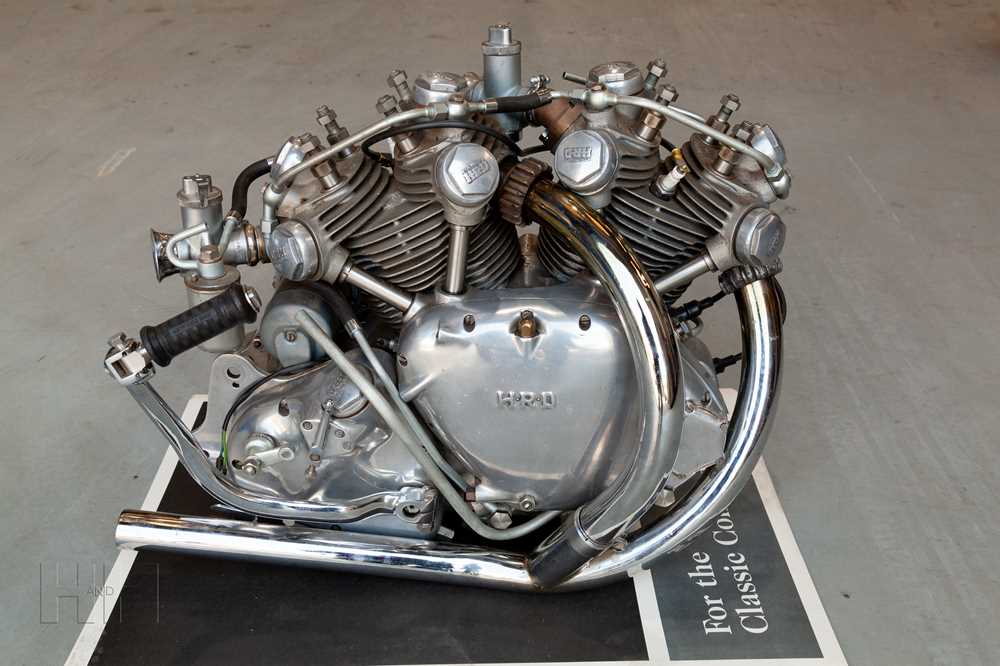 The Vincent story began with Phil Vincents purchase of the HRD name in 1928, initially producing bikes using proprietary engines in his own chassis. Always the innovator by the mid-30s he had developed his own 500cc single and 1000cc twin-cylinder designs that survived until the companies closure in 1955. The big vee twin was the fastest motorcycle in the world at the time and with some astute marketing become the bike everyone aspired to own. The Rapide and Black Shadow range have become some of the most desirable and iconic bikes of the era.

Part of a deceased estate not much is known about this engine, factory records say it left Vincent in June 1949 as part of a complete bike supplied to Kings of Oxford. From information given to us by a friend of the deceased vendor, he used this Rapide motor in his Black Shadow whilst that engine was being restored. It appears to be complete with its magneto, dynamo, carbs, kickstart lever and even the exhaust downpipes included. This rare engine would make an ideal starting point for someone wanting to create an Egli, Norvin or other special.

PLEASE NOTE. This engine is now in our possession so we have been able to investigate it further and we have discovered that the clutch is missing so it will obviuosly not turn over on the kickstarter, but turns over with a socket on the primary drive nut.