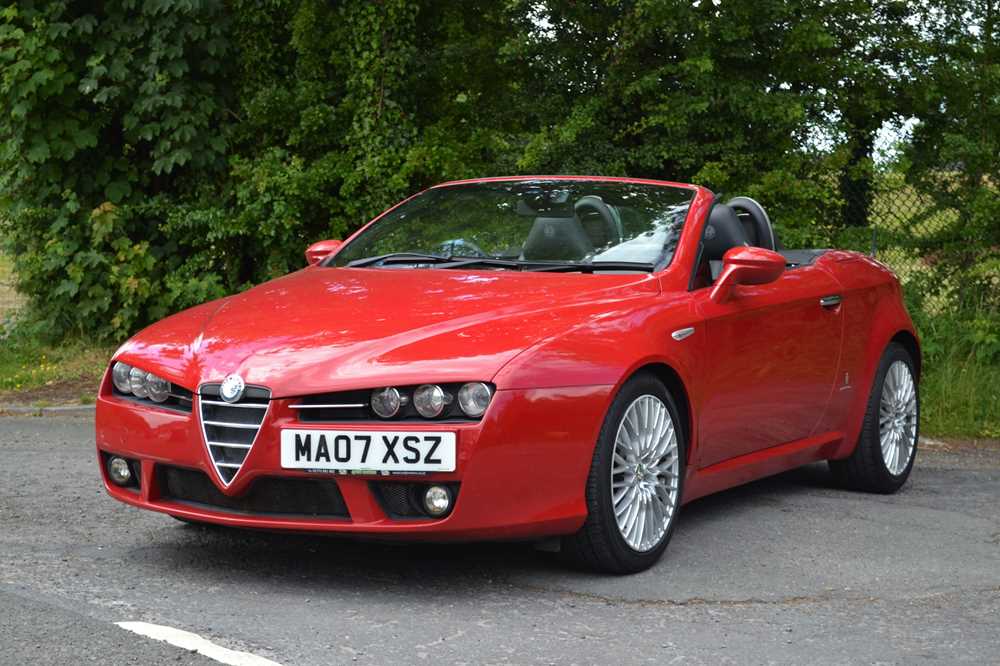 Manufactured in 2007 and supplied new to the United Kingdom, this Spider JTS is fitted with the 2.2-litre straight-four JTS engine mated to the desirable six-speed manual gearbox. Finished in the attractive colour combination of Red paintwork with Black leather interior upholstery, ‘MA07 XSZ’ has covered only 57,258 miles from new (at time of consignment). Entering current ownership in 2018, the Alfa Romeo has had just three former keepers. Last serviced at 57,047 miles by Mangoletsi Alfa Romeo in Knutsford, with further service records present from Mangoletsi. Offered with current V5C and an MOT certificate until July 2022, the Spider has recently (since photography) been provided with renewed paintwork to the front bumper, driver's mirror and number-plate holder.